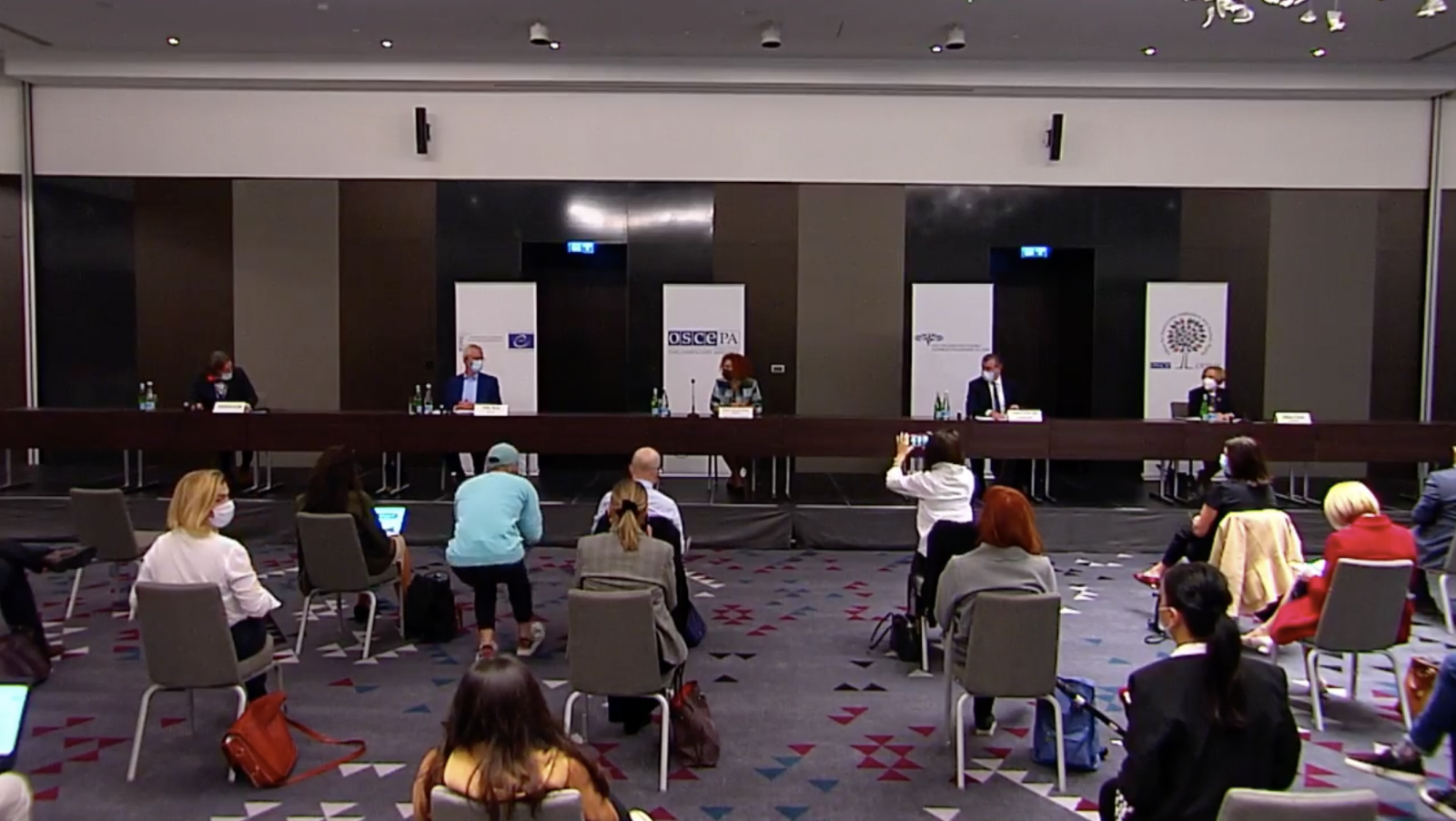 Back
International Delegations commented on the election process of 2020.
ODIHR LEOM head Jillian Stirk: “We noted the presence of party coordinators and activists outside may polling stations had an intimidating character. The competitive nature of yesterday’s elections was, unfortunately, undermined by the pervasive allegations of the intimidations of voters.”
Elona Gjebrea Hoxha, leader of the short-term OSCE PA election mission: “Pervasive allegations of pressure on voters and blurring the line between the ruling party and state reduced public confidence in some aspects of the process.”
Osman Askin Bak, head of the NATO PA delegation: "The fundamental freedoms were generally upheld and most procedures were followed but elections were far from flawless.”
Tiny Kox of the PACE: “So much money spent on elections in a rather poor country is not a good signal for your citizens."
The full live stream can be viewed here.
OSCEPA NATOPA Elections2020 ODIHR LEOM