Mamuka Khazaradze Will Be the Prime Ministerial Candidate of “Lelo” 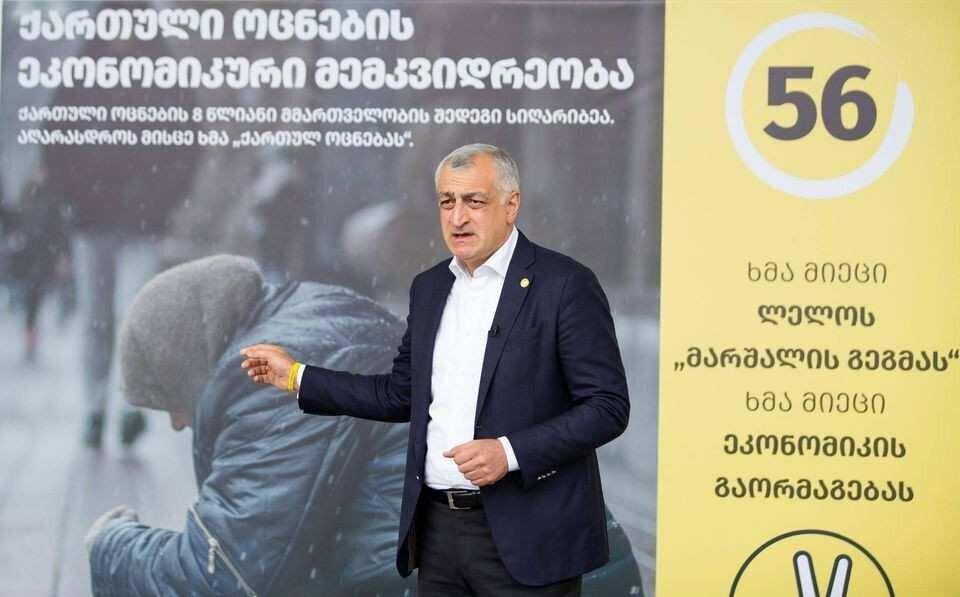 Back
Author:Ana Tavadze
The party, "Lelo for Georgia," nominated Mamuka Khazaradze as a candidate for the post of Prime Minister.
Party member Davit Usupashvili nominated the candidate.
According to him, Mamuka Khazaradze is a European style Georgian patriot. Khazaradze himself states that a rather serious discussion took place before his selection.
We created a "try" to get Georgia out of the difficult situation that the Georgian Dream has thrown the country into for 8 years. We have a serious mission to defeat our main enemy in this country - unemployment, poverty, and unprofessionalism. What matters today is not only my name but also the team that will be at the heart of the rapid reform, the so-called "New Marshall Plan" that we have developed together with a specific goal - to get the country back on its feet, eradicate poverty, defeat hunger and sustain it economically. "- said Khazaradze.
"Lelo" Prime Ministerial Candidate Mamuka Khazaradze has named the leaders of the "Lelo New Marshall Plan" directions:
1) Ekaterine Kvlividze will lead the defense.
2) Badri Japaridze will take over economic development and financial direction.
3) Gigla Mikautadze - Regional Development and Infrastructure.
4) Ana Natsvlishvili will lead the cases of justice and the direction of the court.
5) Levan Koberidze - will lead the direction of IDPs issues, labor, health, and social protection.
6) Pikria Chikhradze will take over the direction of education, science, and sports.
7) Kakha Kozhoridze will head the internal affairs and the law enforcement system.
8) Nika Shurgaia will take over the direction of environmental protection and agriculture.
9) Foreign Affairs and Euro-Atlantic Integration - Davit Usupashvili.
10) Soso Vakhtangashvili will lead the reconciliation with "our Ossetian and Abkhazian brothers and sisters."
11) Medea Metreveli will lead the cultural direction.
Mamuka Khazaradze Lelo Movement Elections Davit Usupashvili