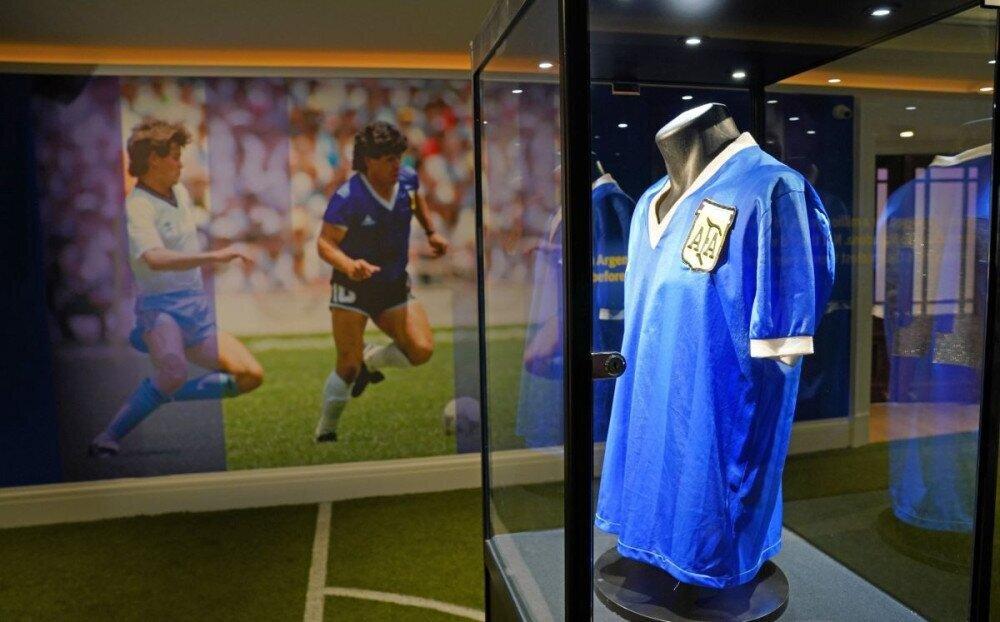 The jersey worn by Diego Maradona when he scored his famous "Hand of God" goal against England in the 1986 World Cup was sold at an auction at Sotheby’s in London on Wednesday for a world record price of $9.28 million.

The previous record for a game-worn jersey was $5.64 million paid in 2019 for the jersey that Babe Ruth wore during his 1928-1930 seasons with the New York Yankees.

The record for a piece of sports memorabilia was also set in 2019, when an original hand-drawn Olympic manifesto was sold in New York for $8.8 million.

The famous "Hand of God" goal was scored by Maradona, who actually flicked the ball with his hand over England goalkeeper Peter Shilton and into the net in the 1986 World Cup quarterfinal match against England, which was won 2-1 by Argentina. The referee didn’t see it, so the goal stood.

As a result, Argentina bagged their second and last World Cup to date.

Maradona, who died of heart failure on Nov. 25, 2020, is regarded as one of football's greatest players ever.

Maradona, who was 25 at the time, was Argentina’s captain when he helped his nation win the 1986 FIFA World Cup.

The Argentine national was a beloved Napoli player as he won the 1987 and 1990 Italian Serie A titles as well as the 1989 UEFA Cup with this club, AA reports.