Mariam Kvrivishvili Has Been Appointed Deputy Minister of Economy 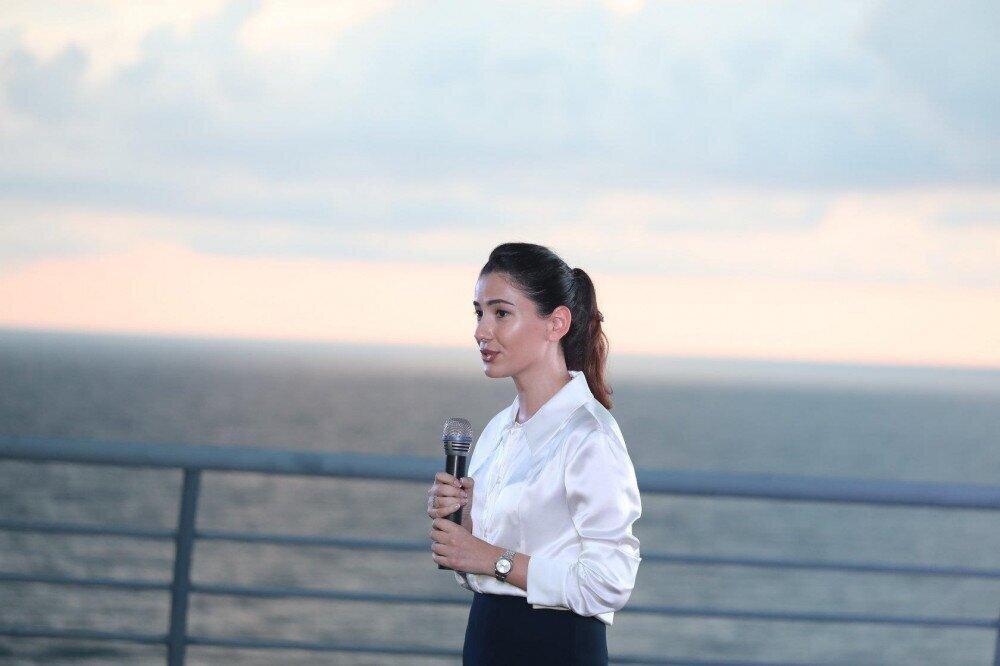 Back
Member of Parliament of Georgia, First Deputy Chairman of the Committee on European Integration, and former Head of the National Tourism Administration has been appointed Deputy Minister of Economy and Sustainable Development of Georgia.

As bm.ge was informed by the Ministry of Economy, Mariam Kvrivishvili will head tourism, aviation, and resort development directions in the Ministry.

Mariam Kvrivishvili is a member of the political council of the Georgian Dream - Democratic Georgia. Before her appointment as Deputy Minister of Economy, she was a Member of the Georgian Parliament and the First Deputy Chairman of the Committee on European Integration, and a member of the Committee on Sectoral Economics and Economic Policy. Her work is also linked to the EU-Georgia Parliamentary Association Committee, the Parliamentary Assembly of the Council of Europe (PACE), and the Euronest Parliamentary Assembly (EURONEST PA).
Mariam Kvrivishvili has been the Chairperson of the Permanent Parliamentary Open Government Council of the Parliament since January 21, 2021, and since February 18, 2021 - the Parliament of Georgia, the United States of America, the People's Republic of Bangladesh, the Federal Republic of Germany, the State of Qatar, the United Kingdom of Great Britain and Northern Ireland. She is a member of the Friendship Group with the Parliaments of the Republic of Lebanon, the Kingdom of Morocco, the Republic of Poland, the Republic of Turkey, the Kingdom of Saudi Arabia, the French Republic, the Republic of India, the State of Kuwait, and the Swiss Confederation.
Prior to her election to the Parliament of Georgia, in 2019-2020, Mariam Kvrivishvili headed the National Tourism Administration of the Ministry of Economy and Sustainable Development. She held the position of Deputy Head of the same administration in 2012-2014, and from 2014 to 2019, she was the General Director of Voyager, a tour operator, and at the same time the Regional Manager of the airline flydubai. From 2010 to 2012, Kvrivishvili worked as the Deputy Head of Adjara Group in the field of human resource management.

Mariam Kvrivishvili is a Master of Science (MSc) candidate at the Free University (ESM Business School),also a graduate of the International Black Sea University School of Business Administration (with a degree in Marketing) and a short-term business administration course in California (University of California, Berkeley).

From her work experience in the private sector, she was particularly successful in initiating and managing projects of direct flights and opening direct flights of Airlines - Flynas and Salam Air in Georgia, as well as opening offices of Jazeera Airways and Gulf Air in Georgia. The commercial operation, opening of Batumi and Kutaisi destinations with partner airlines, etc.
It should be noted that in 2016 Mariam Kvrivishvili received the National Award of the Ministry of Economy and Sustainable Development "For Outstanding Contribution to the Development of Tourism in Georgia."
Ministry of Economy Government of Georgia Mariam Kvrivishvili GNTA