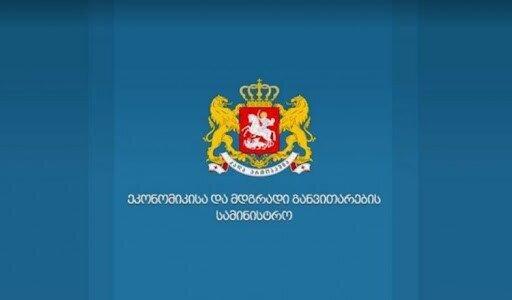 Two meetings were held between the Georgian side and ENKA, the investor company of Namakhvani HPP, - according to the Ministry of Economy and Sustainable Development of Georgia. The Ministry reports, that the sides talked about their positions regarding Namakhvani HPP.

The point is that according to bm.ge, the management of ENKA arrived in Tbilisi last week, but it was unknown with whom they met. BM.GE tried to verify this with Prime Minister Irakli Gharibashvili, but he referred us to Natia Turnava's office, which did not deny or confirm the information.

For its part, the Ministry of Economy announced that several meetings were held in Europe between the investor company Enka and representatives of the Georgian side regarding the Namakhvani HPP project, but did not specify the country.

"At the request of the company, meetings were held neither in Georgia nor Turkey. Enka was presented with the company's management and lawyers, while the Georgian side was represented by a group of representatives from the Ministry of Economy and Sustainable Development and the Ministry of Justice.

So far, two meetings have been held with the aim of negotiating and exchanging positions between the parties.

The Georgian side hopes that the talks will end with the agreement of both sides," the ministry said.