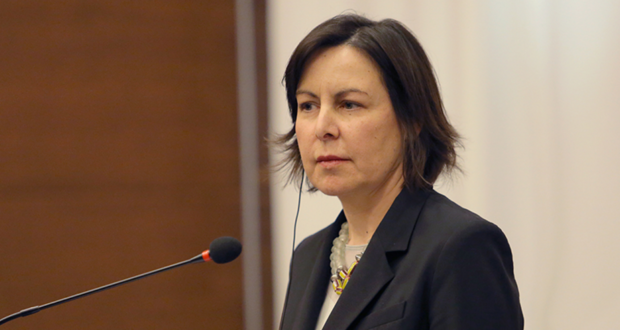 Mercedes Vera Martin concludes her term as the IMF mission Head in Georgia.

A virtual meeting was held on Friday between the Minister of Finance Ivane Machavariani and Subir Lall the Deputy Director of the IMF’s Middle East and Central Asia Department. The meeting was attended by Mercedes Vera Martin, the former IMF Head in Georgia.

“The introductory meeting was attended by the former head of the IMF mission Mercedes Vera Martin, who has already completed her term, the Deputy Ministers of Finance, as well as the IMF Resident Representative in Georgia Selim Chakir.

The sides reviewed the agenda of cooperation between the International Monetary Fund and Georgia, the progress of the IMF’s Financing Mechanism and made a focus on the monetary and fiscal policy of the country in 2021.

According to the forecast of the International Monetary Fund, the economic growth in the country this year will be about 4.3%. However, it was noted that the government needs to pursue prudent macroeconomic policies and maintain a stable fiscal policy”, the statement of the Finance Ministry reads.

An International Monetary Fund (IMF) staff team led by Mercedes Vera Martin conducted the last virtual meeting in October-November 2020. After the completion of the review about $112.1 million became available to Georgia.