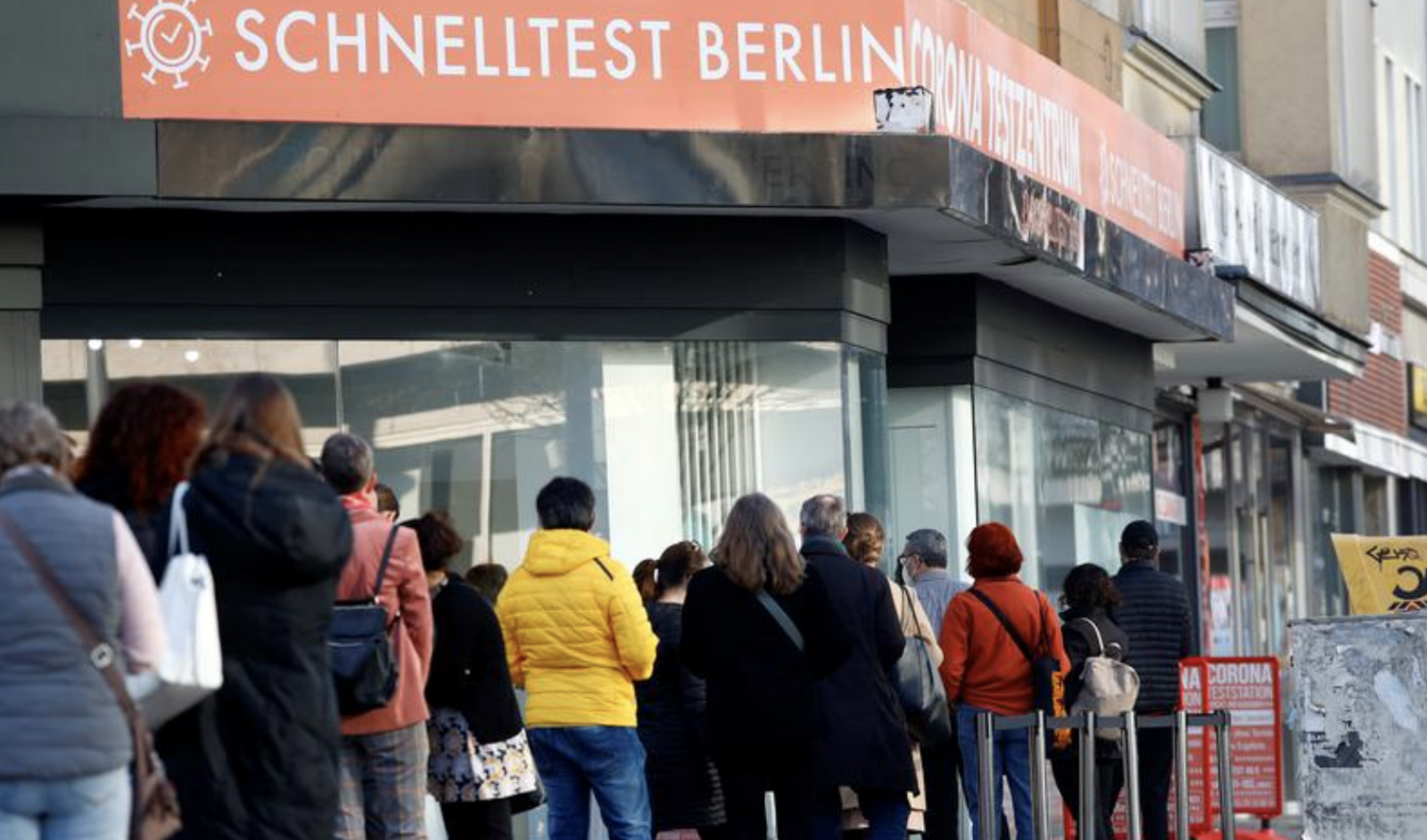 Back
German Chancellor Angela Merkel plans to take control from federal states to impose restrictions on regions with high numbers of new coronavirus infections, a government spokeswoman said, in a battle to curb a third wave of the pandemic.
The federal government plans to introduce draft legislation next week, she said.
Finance Minister Olaf Scholz said this will include compulsory measures in regions with 100 or more new coronavirus cases per 100,000 people over seven days. Above an incidence of 200, distance learning was planned for schools again, he added.
The incidence figure reached a high near 200 in late December, soon after Germany went from a “lockdown lite” that started in early November, during which schools and stores were open, to a full shutdown.
It last stood at 110.4, according to data from the Robert Koch Institute for infectious diseases.
However, containment measures in Germany vary from region to region due to the country’s decentralised federal system. In some regions, consumers can go shopping as long as they have a negative COVID-19 test, while stores are closed in others.
Some, like Berlin, have introduced nighttime bans on gatherings, while others, like Saarland, have allowed restaurants and beer gardens to open outdoor seating.
“It makes good sense to regulate this uniformly for the whole of Germany, because then there will be clarity and transparency,” Scholz told reporters.
“In this regard, it is a necessary, real step forward if we expand the infection (protection) law to include a regulation for exactly these cases.”
Source: Reuters
Germany