MIA: 27 persons injured and 19 citizens were detained at the rally 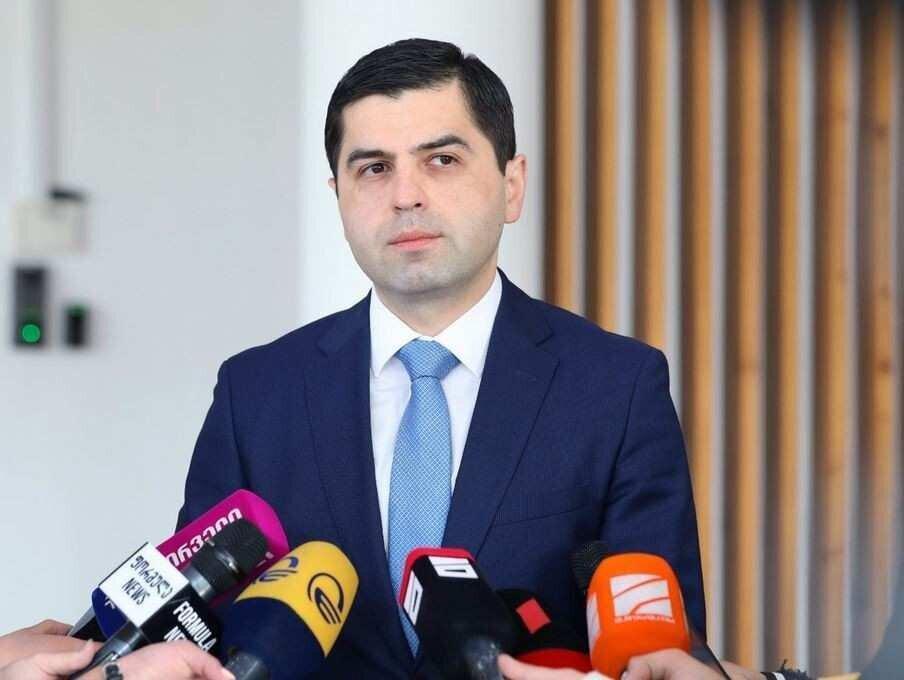 Ministry of Internal Affairs released a statement in relation to yesterday's protest outside CEC building.

"Yesterday, the protest of the rally participants in Tbilisi went beyond the limits established by the law on freedom of expression and peaceful assembly and developed in a violent manner.

Throughout the day, police were mobilized on Rustaveli Avenue to ensure that the protest rally in front of the Parliament was held in a peaceful environment.

As a result of the violent actions, fire-rescue truck and vehicle of Security Police Department was damaged.

The protesters continued their violent actions, ignored the instructions of police, thus the Ministry of Internal Affairs, within the frames of its powers defined by the law, used a special tool - a water cannon due to urgent necessity.

After the mentioned, despite numerous warnings from the Ministry of Internal Affairs to observe the rule of law and adhere to the rightful demands of the police, demonstrators continued the attempts to break into the perimeter of the Central Election Commission building. They attacked the law enforcers in groups with steel, blunt and flammable objects and stones, offered resistance and did not obey to their lawful demands. The rally participants apprehended special equipment – police anti-riot shields.

Despite numerous callings from the side of police to stop illegal activities, the citizens continued their violent actions, in response to which police once again applied special means of coercion provided by law - a water cannon.

During the rally, 14 law enforcement officers, 3 media representatives and up to 10 protesters received various health injuries. Some of the injured received first medical aid on the spot, while others continue their treatment in various clinics.

During the protest rally on November 8, police detained 19 persons in total under the Code of Administrative Offences for violating public order and disobedience to the rightful order of Police.

The Ministry of Internal Affairs continues to make legal response to the mentioned facts. Criminal investigation has been launched by the Central Criminal Police Department of the Ministry on the fact of organization and participation in gang violence in the vicinity of the CEC administrative building, crime envisaged under the Article 225, part I and II of the Criminal Code of Georgia.

The Ministry of Internal Affairs, as the agency responsible for maintaining rule of law, calls on all citizens, organizers and participants of the rally to adhere to the requirement of the law and follow the rightful demands of the police. During the rally, any violation of the law will be immediately foiled by the police, within the frames of the law" - reads the statement.

GEORGIA REPORTED over 11,000 NEW COVID CASES DURING THE WEEK