Minister of Finance Met Ambassador of Japan to Georgia 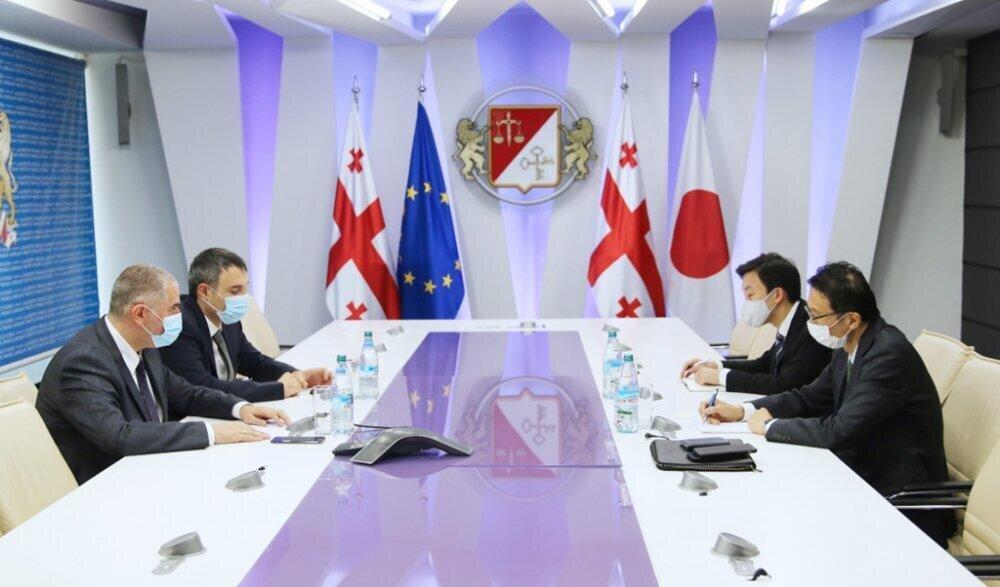 Key government official expressed his gratitude to the diplomat for the support demonstrated to the country, especially during the global pandemic. The Government of Japan allocated around $2.8M for the procurement of high-tech medical equipment and machinery in July 2020.

It is important that a few months ago a Double Taxation Treaty (DTT) was signed by Georgia and Japan, which substituted an agreement concluded in 1986 by Japan and Soviet Union. This new legal instrument will facilitate intensified economic cooperation and investments between the two countries.

The Government of Japan has been supporting Georgia for a long time with concessional loans, non-project-related grant financing and knowledge transfer.

Lasha Khutsishvili, Minister of Finance of Georgia highlighted the importance of projects that are supported by the Japan International Cooperation Agency (JICA), including the improvements on the East-West Highway (EWH).

$4.2M allocated by the Japanese Government within the scope of its grant financing was used for the procurement of 96 electric and hybrid cars for the Ministry of Internal Affairs of Georgia. Also, under the Clean Energy by Solar Electricity Generation Project, solar panels were delivered and installed at Tbilisi International Airport and Ilia State University.

As noted by dignitaries, implementation of such projects is significant for the introduction of advanced technologies and promotion of renewable energy.

In closing,hopes were expressed on a successful future continuation of partnership between the two countries.

The Government of Japan has allocated around ¥7 billion (almost $43 million) to the Government of Georgia since 1997 within the scope of a non-government project implemented under the grant financing program for the advancement of agriculture, environmental protection, healthcare and municipal development in Georgia.