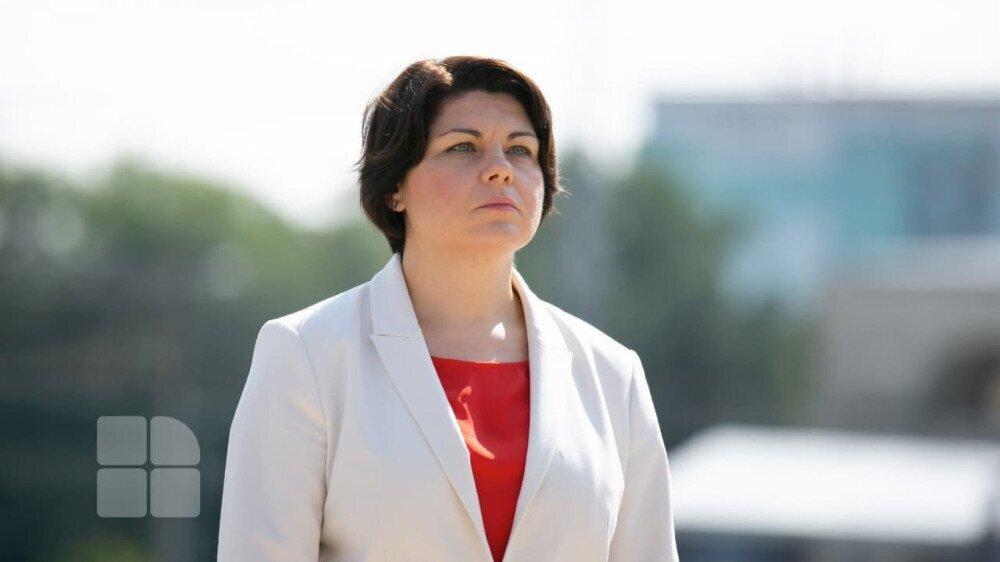 Gavrilița's call for emergency cash in the face of Russia detonating its energy weapon will refocus attention on one of Europe's poorest nations where Russian President Vladimir Putin wants to undermine a government that is seeking to set Chișinău on a pro-EU trajectory.

“The worst case scenario is that a full disconnection happens,” Gavrilița told POLITICO in an interview, adding that this would create a “trade-off between disconnections [of consumers] and blackouts, or whether … we can afford to pay this price.”

Moldova, a country of 2.5 million people sandwiched between Ukraine and Romania, is suffering a severe energy crisis that has seen utility bills soar tenfold in a year — a trend partly spurred by Russia’s invasion of Ukraine.

Relations between Moscow and Chișinău, historically totally reliant on Russia for its gas, soured after Gavrilița's pro-European government was swept to power in 2021, and reached rock bottom this year when Moldova came out strongly against the invasion of Ukraine.

Last month, Russia’s gas export monopoly Gazprom slashed deliveries to the country by 30 percent and threatened a total cutoff “at any time” citing a payment dispute in a move that critics branded as blackmail. Those volumes may fall to “50 percent” of gas consumption over November, Gavrilița said.

To make matters worse, up to 90 percent of the country’s traditional electricity supply suddenly dried up in the past month. Kyiv stopped exporting power in October partly due to Russian attacks on its critical infrastructure, while Transnistria — a pro-Russia breakaway territory in eastern Moldova that previously provided over two-thirds of the country’s electricity — cut off exports last week.

“I don't want people to underestimate … how much of a collateral victim of the Ukrainian war the Moldovan people are,” Gavrilița said from an unlit office in Chișinău’s Soviet-built Government House, where the corridors are dark as the government scrambles to save energy where it can.

The energy crunch has forced Moldova to buy electricity at four times the previous price on the European spot market, Gavrilița said, adding that she would now ask Moldova’s European partners for €450 million in aid for this winter at a high-level solidarity summit hosted by France on November 21.

That would come on top of support packages this year from the EU, International Monetary Fund and European Bank of Reconstruction and Development worth a combined €400 million.

“We are seeing increased security risks and anxiety, we are seeing a loss in purchasing power and a loss in real wages,” Gavrilița said. “We are hit orders of magnitude more by the same problems that European countries have, but at the same time, we are much weaker to deal with these problems.”

“Of course, then this can be exploited by various forces,” she added, referring to a trove of intelligence documents obtained by Ukrainian officials and reviewed by the Washington Post revealing the deeply intertwined relationship between Russian secret services and opposition parties in Moldova to whom it has allegedly funneled millions.

Among these is Ilan Shor, former mayor of the city of Orhei, convicted of stealing $1 billion from Moldovan banks in 2014 and currently living in exile in Israel. The U.S. Treasury sanctioned him on October 26 and said he was working in Moscow's interests to destabilize the Chișinău government to return Moldova "to Russia's sphere of influence."

“​​We are certainly worried about … what we call the ‘coalition for corruption and war,’” Gavrilița said, adding that Shor among others “are very much siding with Russian elements and trying to take advantage of [public] discontent.”

Moldova was granted EU candidate status in June, and such forces “do not want” the country’s European integration, she added.

As for Moldova's ties with Russia, “we continue our diplomatic relationship,” Gavrilița said, “but of course, things have gotten progressively more difficult,” especially after the country declared a Kremlin diplomat persona non grata and Russian missile shrapnel landed in a Moldovan village last week.

“The future relationship depends very much on the evolution of the war,” she said, adding that in turn “depends on how this war is settled, and how Russia changes.”

Responding to what message she had for Putin if he attempts to meddle in Moldova’s internal affairs, Gavrilița argued that “there are certain rules in international law and each country should have its independence, sovereignty and territorial integrity.”

“Especially small countries depend very much on these rules being respected,” POLITICO reports.