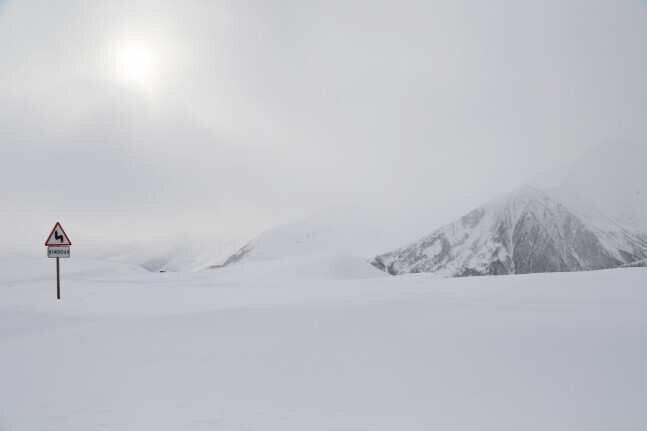 Movement has been banned on the Gudauri-Kobi section of the Mtskheta-Stepantsminda-Larsi road (eastern Georgia), due to strong wind and limited visibility reported the Roads Department of Georgia earlier today.

The department says that vehicles can move along other sections of Mtskheta-Stepantsminda-Larsi road.

Movement has also been banned on the Kala-Lasdili (km171-km198) section of the Zugdidi-Jvari-Mestia-Lasdili road (western Georgia) due to heavy snowfall and an avalanche hazard.

Due to the intense snowfall, movement for trailers, semi-trailers and buses with more than 30 seats has also been banned on the Jvari-Kala (km30-km171) section of the road, while other transport can move along on the section with anti-slip chains.

Movement has been banned for trailers and semi-trailers on the Nakerala pass section (km36-km62) of the Kutaisi-Tkibuli-Ambrolauri road (western Georgia).

Vehicles can move along other sections of the Kutaisi-Tkibuli-Ambrolauri road, says the Roads Department of Georgia.