Natia Turnava: it is important that ESCO finishes 2019 with operating profit during the electricity market reform 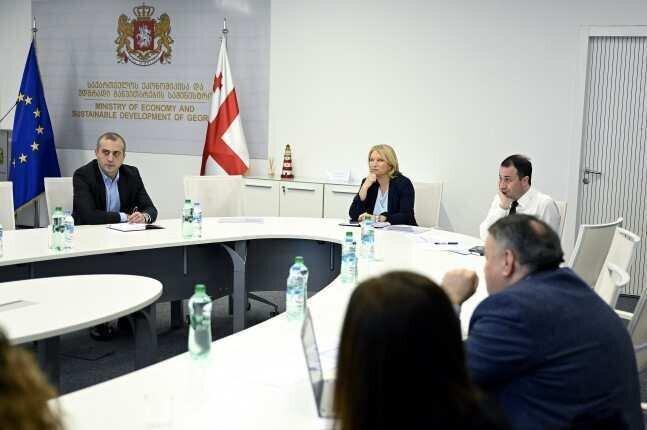 Electricity Market Operator (ESCO) finishes 2019 with an operating profit. According to Zaza Dvalishvili, CEO of the company, the fact that ESCO is making a profit this year is one of the important preconditions for the stability of the electricity market in the future.

According to Zaza Dvalishvili, the reform will continue in 2020. "Expecting novelties in energy implies the establishment of a new system of trade - the Georgian Energy Exchange. The reform should be implemented jointly with the government in line with the requirements of the new strategy," said the ESCO Director General.
He said that despite the challenges in the sector, the electricity market remains stable, which is very important for the country and its customers.

Natia Turnava, the Minister of Economy and Sustainable Development, positively assessed the fact that ESCO is making a profit during the current operational year.

We have launched a major reform of the electricity market, which must establish western principles on the country's electricity market. Hence, we have taken serious steps to strengthen Georgia’s energy independence and increased energy efficiency Georgian. Energy reform is a good incentive for the companies, which plan to make additional investments in the generating of electricity, "- said Economy Minister.