Natia Turnava Met With The Minister Of Transport of Azerbaijan 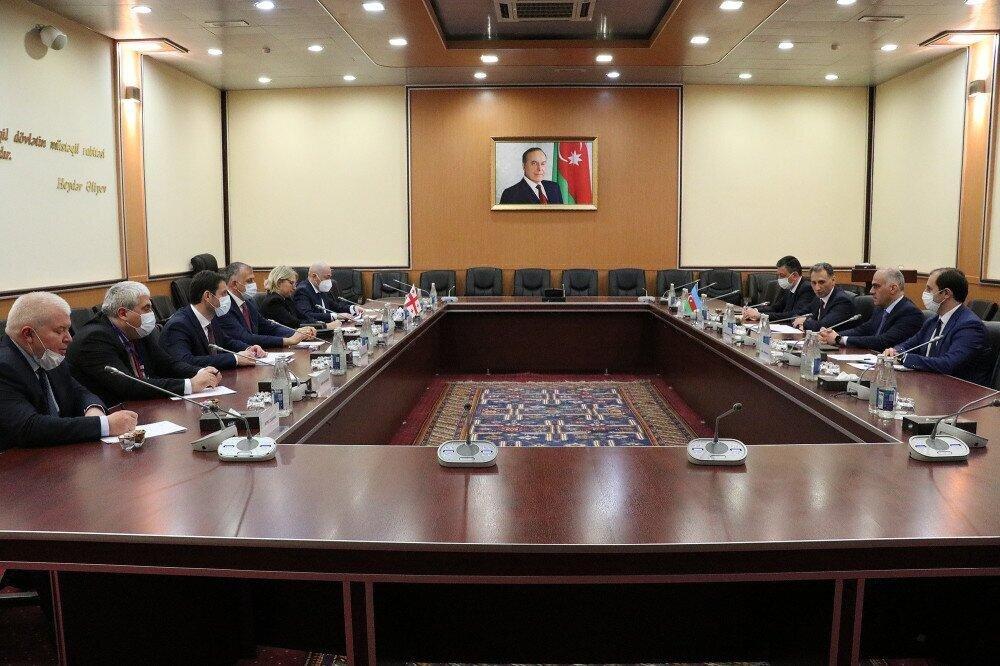 The Natia Turnava, Minister of Economy and Sustainable Development of Georgia met with Rashad Nabiyev, Minister of Transport, Communications and High Technologies within the framework of a working visit to Azerbaijan.

During the meeting, the ministers have discussed issues of bilateral cooperation between different transport sectors. They named those sectors, where cooperating is particularly successful.

“We focused on the development of cooperation in such areas as the TRACECA, the Trans-Caspian International Transport Route - Middle Corridor, GUAM, the Persian Gulf - Black Sea transport corridor, International Transport Corridor in the Persian Gulf - the Black Sea, the Lapislazuli route and others. Particular attention was paid to cooperation in the field of transport within the frame of "Eastern Partnership" project of the EU, which aims to increase freight traffic between Europe and Asia”, - the Ministry of Economy declares.

During the meeting, the ministers also discussed issues of cooperation in the field of communication, information and technologies.