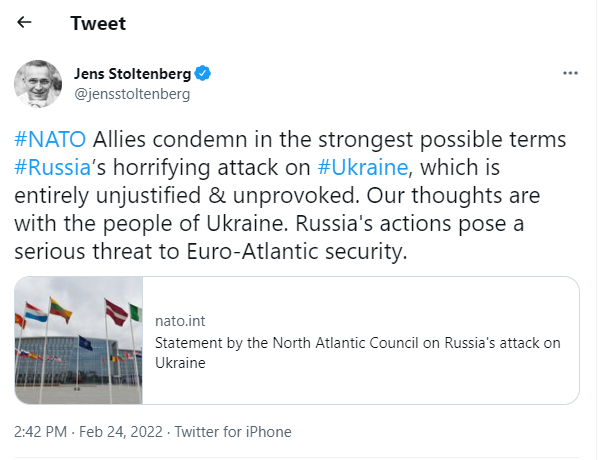 "NATO Allies condemn in the strongest possible terms Russia’s horrifying attack on Ukraine, which is entirely unjustified & unprovoked. Our thoughts are with the people of Ukraine. Russia's actions pose a serious threat to Euro-Atlantic security", - Jens Stoltenberg tweeted.