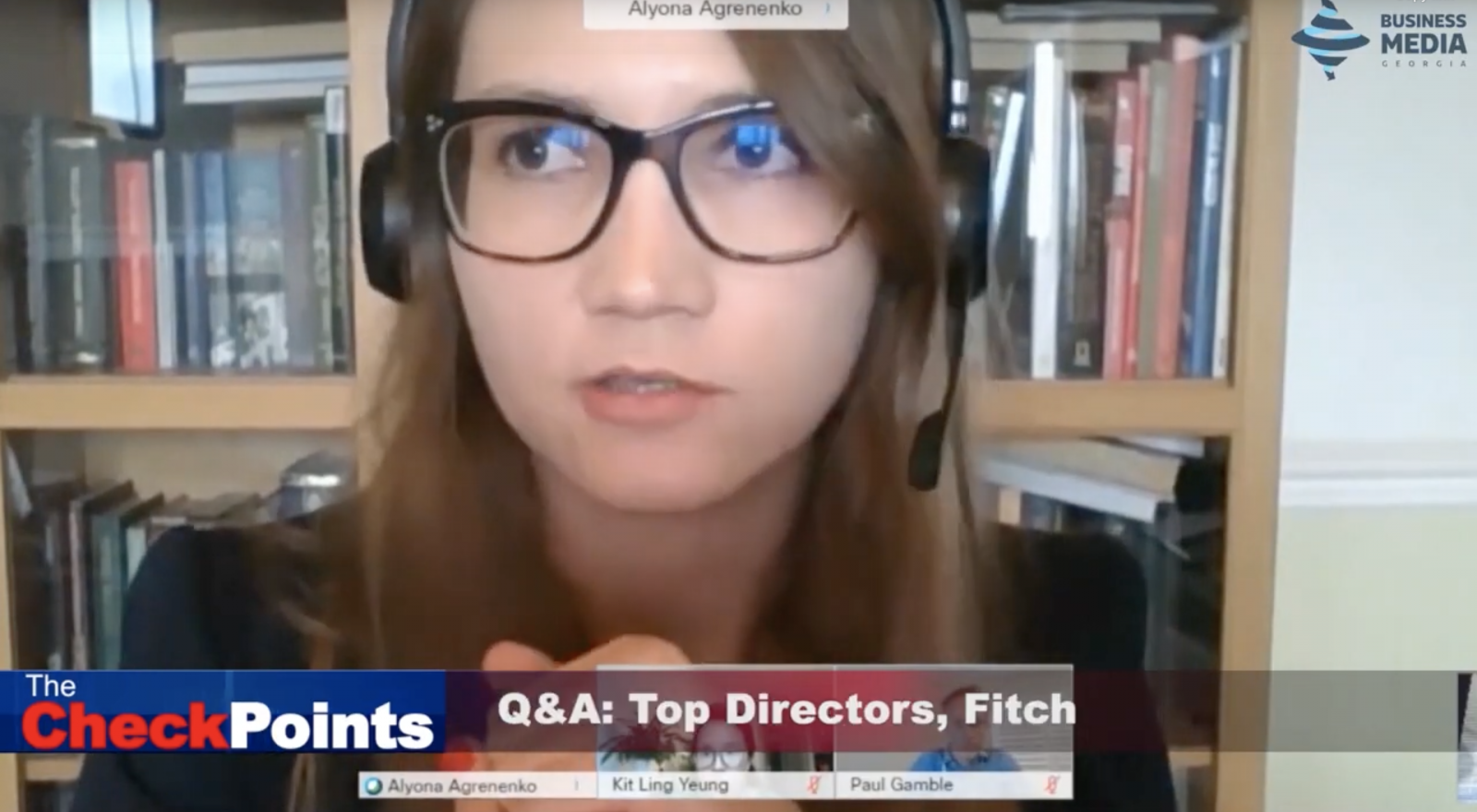 Back
At the beginning of this crisis, in March, Georgian banks created preemptively over 1 billion of reserves against the potential deterioration of loans that could happen in the future due to COVID – Alyona Agrenenko, Associate Director at Fitch Ratings responsible for financial institutions told The Checkpoints in an exclusive interview, conducted by Elene Kvanchilashvili after the special webinar, that Fitch Ratings conducted about Georgia.

According to the influential Rating organization, the approach of the National Bank of Georgia (NBG) to provision against banks’ potential deterioration of the loans in the amount of about 3% of sector loans as compared to the other markets in the region was “quite unique”.

“I can say that this approach was quite unique because other regulators allowed banks not to provision against banks potential deterioration of the loans at the moment to avoid direct capital hit but rather to stretch out these reserves in time so that banks could gradually realize them” – Agrenenko told The Checkpoints.

“This sizable reserves resulted in half a billion loss for the sector for the first six months this year” – Agrenenko added, highlighting that in the second half of the year and going forward in 2021, the bank's performance would improve.

“We expect banks performance to improve primarily due to the buildup of fee and commission incomes and also thanks to wider margins that could be supported by the funding costs that are going down and from more active lending for banks particularly in higher-yielding segments of SMEs and Micro”- Associate Director at Fitch Ratings responsible for financial institutions Alyona Agrenenko expects.

According to Fitch Ratings, Georgian banks entered COVID-crisis with quite good capital ratios and quite strong earnings generation capacity but on a long-term horizon, the uncertainty is still high and more time is needed to judge what the real impact of a health crisis is on banks performance and solvency.
Fitch Ratings NBG Georgian Banks