NDI: as of November 2019, 64 percent of population negatively evaluates the current government’s performance 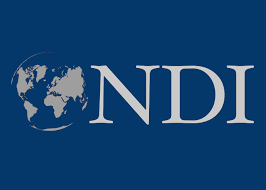 The National Democratic Institute (NDI) has released the results of recently conducted polls, saying that people’s trust in state institutions is declined, and 64 percent of Georgians evaluate the current government’s performance as ‘bad’.

According to the survey, 30 percent of the respondents evaluate the performance of government, as “good”, while 5 percent – does not know.