Nearly all of Turkey's tourism facilities to reopen in July 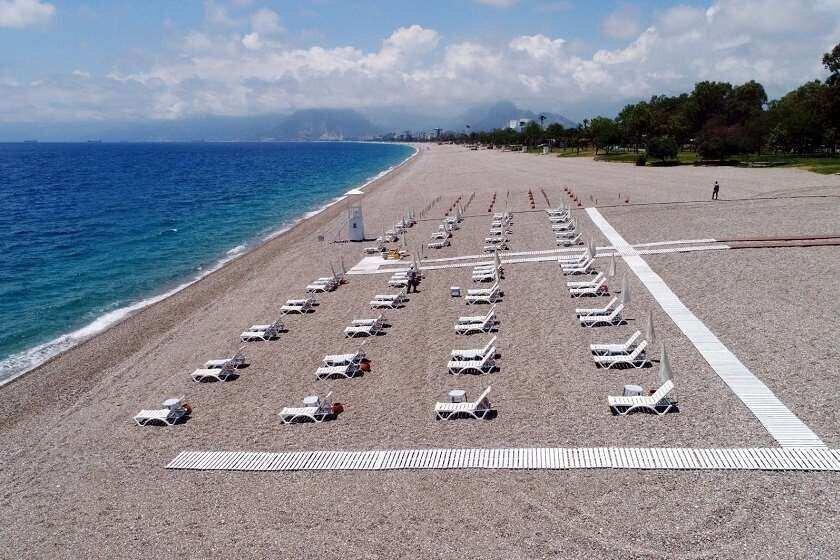 All the tourism facilities in Turkey which were planned to be reopened as part of the normalization process are expected to open their doors in July, Culture and Tourism Minister Mehmet Nuri Ersoy said.

Speaking to CNN Türk, Ersoy commented on the revival of tourism in the country, noting they regularly conduct meetings with counterparts in other countries who find Turkey’s health tourism certificate program very successful.

“In Europe, there is no country that better implemented this kind of a process than Turkey,” Ersoy said.

As of Thursday, foreign tourists from certain countries, including those from Germany, will be allowed into the country as flights are beginning to gradually resume. “When foreign visitors come, they will be health-checked, and body temperatures will be measured at the airports. If there is an unusual situation, tourists will be taken for a PCR (polymerase chain reaction) test," Ersoy said.

These measurements will start in some of Turkey's leading areas in terms of touristic attractions, including in the southern resort city of Antalya and the resort towns of Bodrum and Dalaman, as well as western Izmir province and the airports in Istanbul.

The country's main priority in this process is to resume air traffic to all countries, according to the minister.

"We are hoping to increase air traffic in July," he said, adding the process of opening air traffic for most countries would be completed in August.

"We have sent letters to at least 60 countries that provide the most tourists to Turkey. We have informed them of Turkey's tourism certification program and our enhanced hospital infrastructure," he added.

The minister noted that they have invited the ambassadors of those 60 countries to Antalya on June 19, along with media representatives who are currently in Turkey.

“We want to show how the program works in place starting from the airports to the facilities, shopping malls and our hospital infrastructure,” Ersoy said, adding that they will report accordingly with their own observations.

The "healthy tourism certificate" program launched jointly by several ministries, including the Culture and Tourism Ministry and the Health Ministry, aims to convince travelers that despite the pandemic, Turkey’s beaches and historic treasures will be safe to visit this year, with rigorous checks on airlines, local transport and hotels and utmost safety guidelines for places of accommodation.

The program has 132 criteria, including ensuring that hygiene regulations are followed and social distancing is practiced. Staff members are also to be trained in measures to prevent the spread of infection.