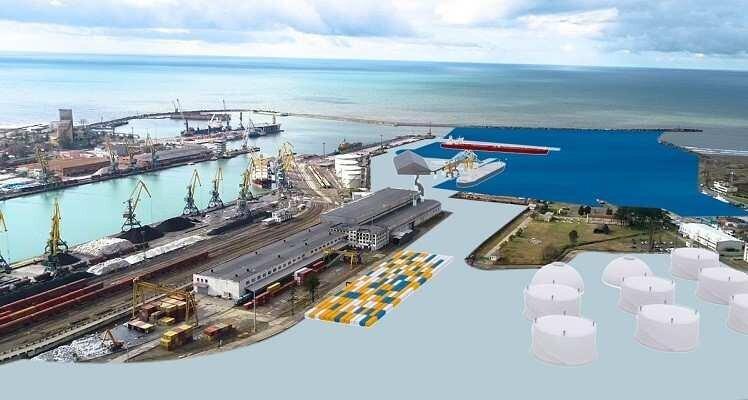 A new marine terminal with an investment of 93 million USD is being constructed in Poti. The project is implemented by Pace Group, a Georgian company operating in Poti Port. A hearing on the project was held today at the Sector Economy and Economic Policy Committee. Representatives of the company declare, that the first phase of the construction will be completed in September-October 2021.

The new marine terminal will occupy 27 hectares, its length totals 260 meters with a water depth of 13 meters. This will be the first modern facility in Georgia to handle deep-water vessels of 50,000 tone.

The total project cost is US$ 93 million, of which US$ 50 million will be allocated by OPIC and the remaining US$ 43 million by Pace Group as an equity contribution.

"Today none of the Georgian ports, including Batumi and Poti Ports, do have such a depth. A new marine terminal with a depth of 13 meters will allow us to get 50,000-ton ships. We started construction in October 2019, the pandemic hindered us a bit, but I can tell you that it will be completed in September-October this year," said Irakli Tateishvili, representative of the company.

According to the project, the new terminal will be able to process 6.5 million tons of cargo in a year.