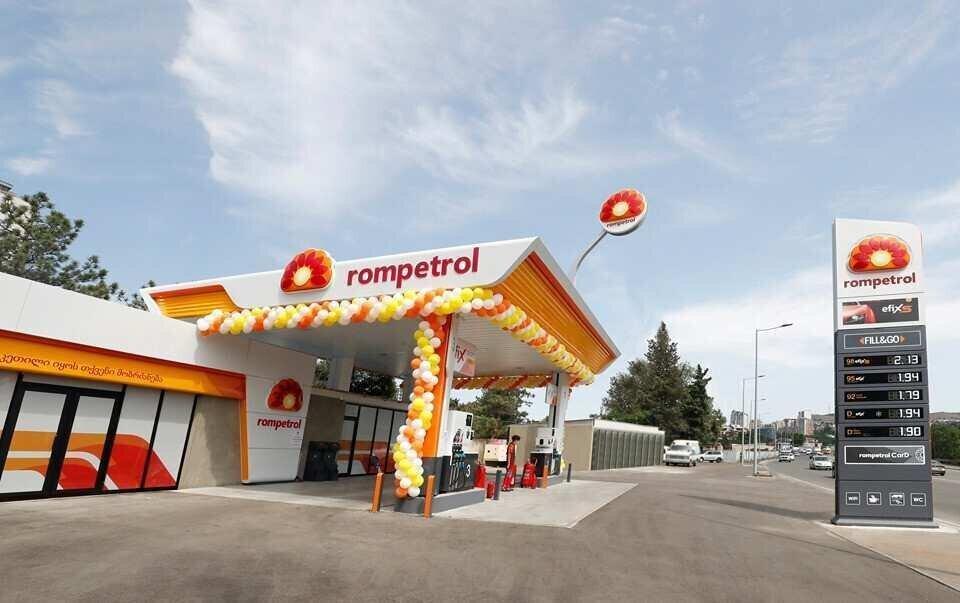 Rompetrol opened a new gas station in Ortachala, on the nearby territory of Tbilisi Central Car Park. Within the company’s new strategy of intensive network extension, Rompetrol Georgia has opened 7 new gas stations during the last year and is planning to open 4 more stations in the upcoming months.

New facility in Ortachala is equipped with the filling system of the world’s leading brand TOKHEIM, which is well-known for its dosing accuracy and high-quality kit. The Company has hired nine new employees at the station.

KMG International’s 5-year strategy, the group owning Rompetrol Georgia, foresees intensive extension and development of the network on the retailer market. The group has opened 12 new gas stations in the Black Sea region from the beginning of the current year and plans to open 19 more new stations in the nearest future.

Following the Ortachala station, Rompetrol Georgia plans to open its first flagship station in Borjomi town, which will be the company’s first station on the territory of Borjomi municipality.

“Rompetrol makes all efforts to satisfy the needs of its customers and offer them the products of the highest quality. During this difficult period, we were able to not only protect our employees and consumers and retained all jobs, but also continue to invest, which, obviously, creates new jobs. As you may know, Rompetrol Georgia is one of the largest taxpayers in the Georgian state budget which employees around 800 people throughout the country” – declares Zamanbek Mirzayanov, General Director of Rompetrol Georgia.

During the Covid-19 outbreak, Rompetrol network operated in accordance with the recommendations and resolutions issued by the Government of Georgia and National Center for Disease Control and Public Health. Besides, KMG International provided active support to the authority in its fight against the novel virus. Rompetrol Georgia transferred 60 000 liters of fuel free of charge to LEPL Emergency Situations Coordination and Urgent Assistance Center within the company’s corporate social responsibility and provided the Center with 2-months fuel stock.

The Company has taken special measures for safety of customers and operators who work at Rompetrol gas stations in the period of Covid-19 outbreak. Rompetrol calls its consumers for keeping recommended distance when visiting gas stations and recommends using non-cash payment methods.

Rompetrol has been steadily and successfully developing on Georgian market for almost 15 years. It is one of the largest fuel importers in the country and offers its customers the best quality fuel of Euro 5. Its owner, KMG International Group, with 6000 employees, operates on 11 markets of Europe and Central Asia, being active primarily in trading, refining and petrochemicals, retail and marketing and other services in the oil industry such as well services, drilling, EPCM. The group has been recognized as one of the top players in the regions of the Black and Mediterranean Seas that has gained success not only through development at international level, but also in more than 4 decades of expertise in the oil industry.