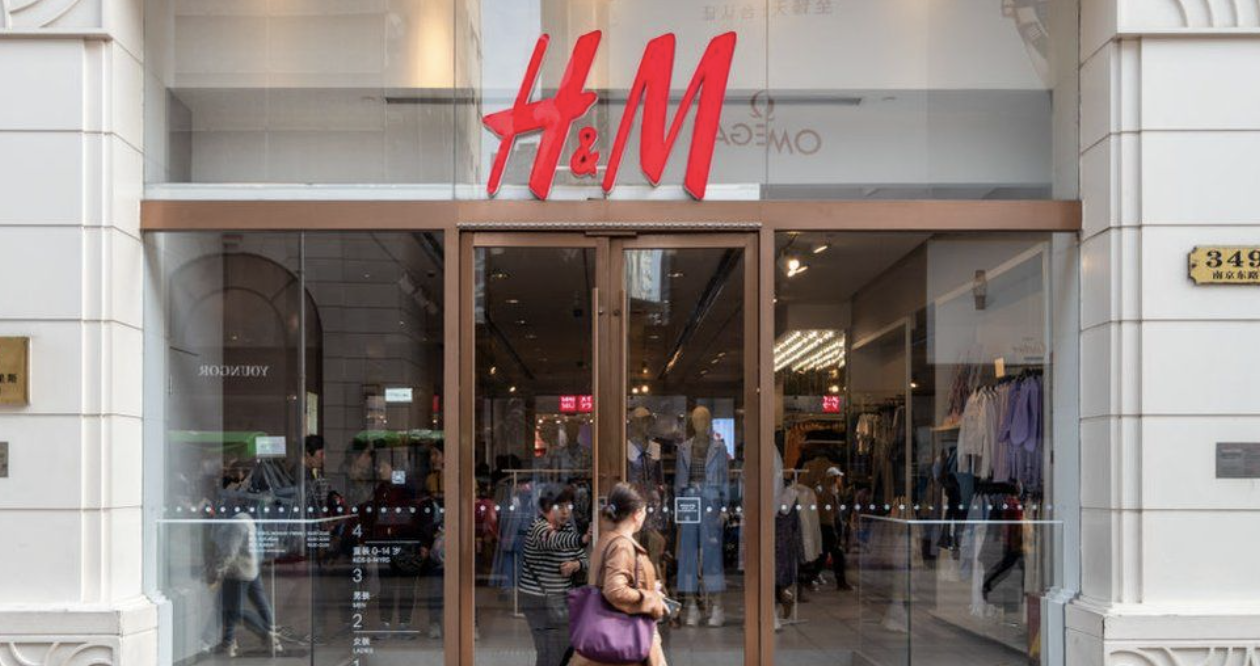 Back
Retail giants Nike and H&M are facing a backlash in China after they expressed concern about the alleged use of forced Uighur labour in the production of Xinjiang cotton.
Many Chinese have called for boycotts, celebrities have cut ties, and e-commerce platforms have dropped H&M.
It comes as several Western countries imposed sanctions on China this week.
It is accused of committing serious human rights violations against the Uighur Muslim minority in Xinjiang.
The sanctions, including travel bans and asset freezes, target senior officials in the north-west region.
In December the BBC published in an investigation based on new research showing China was forcing hundreds of thousands of minorities including Uighurs into manual labour in Xinjiang's cotton fields.
How did Nike and H&M find themselves here?
The statements in question were made by the companies last year, but only resurfaced in recent days following the announcement of Western sanctions.
Both companies had said in separate statements that they were "concerned" about reports that Uighurs were being forced to pick cotton in Xinjiang, and that they did not source products from the region.
But the latest furore appears to have been sparked by a recent social media post by the Communist Youth League, a Chinese Communist Party group.
"Spreading rumours to boycott Xinjiang cotton, while also wanting to make money in China? Wishful thinking!" it said on microblogging platform Weibo on Wednesday morning, as it shared screenshots of H&M's statement.
State media outlets have since launched campaigns defending Xinjiang cotton and criticising the brands.
Chinese state media CGTN shared a video on Weibo claiming to show the reality of cotton-picking in Xinjiang, which involved automation and quotes from a Uighur farmer saying that people "fought" to work there for high earnings.
State broadcaster CCTV said that H&M had "miscalculated" in trying to be a "righteous hero", and that it "must pay a heavy price for its wrong actions".
H&M China has not yet responded to queries from the BBC, but the company posted a statement on Weibo on Wednesday saying that it "respects Chinese consumers as always" and that it "does not represent any political position".
By Wednesday night, at least three major Chinese e-commerce platforms - Pinduoduo, JD.com and Tmall - have withdrawn H&M products from sale, reports said.
Various celebrities such as Wang Yibo, Huang Xuan and Victoria Song released statements that they were severing ties with the brands, with one noting that "the country's interests are above all".
Social media has seen a huge wave of backlash against both companies, with numerous calls for people to boycott their products. The hashtag "I support Xinjiang cotton" is now the top trending topic on Weibo with more than 1.8bn views.
Hennes & Mauritz has a long relationship with China, which is important to both sides. China is one of H&M's main sources of supply and it is a big market too.
But calling out China on what it regards as a core domestic issue is something Beijing doesn't like. Just ask South Korea or the Philippines, whose shop chains and fruit exports both suffered after diplomatic spats.

China likes to use its trading might and retail nationalism to pressure governments and multinationals - both at the same time preferably - to keep them quiet about its abuses.
The timing of this sudden "grassroots" reaction, led by celebrities who've been happy to take H&M money in exchange for endorsement, is down to a wave of coordinated sanctions imposed by the UK, US and EU in the last few days - endorsed by Sweden among others.
Source: Reuters
H&M Nike