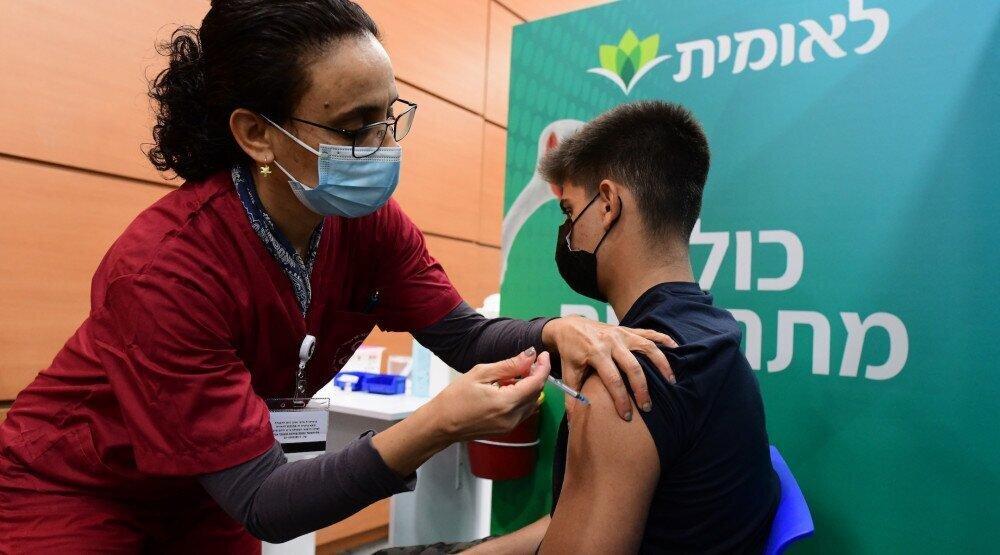 Back
Ten days after Israel kicked off its campaign to vaccinate young children, there have been no reports of any serious side effects.
The news site contacted the Health Ministry as well as all the health maintenance organizations administering the shots, and all said there had been no reports of significant problems in children administered the kid-sized Pfizer-BioNTech vaccine, The Times of Israel reports.
Some 60,000 young children have been vaccinated in Israel, however the White House said Thursday that over four million young children in the US have already received the shot.
Dr. Roni Farber, head of public health at the Meuhedet HMO told Ynet that the majority of children who received the vaccination in Israel reported no side effects at all, but that he expects there to be more data in the coming days.

“Most of the children who were vaccinated with the first dose had no side effects at all,” Farber said, noting that light arm pain, as is often seen after any vaccination, will usually not be reported to authorities.
“There have also been a few isolated cases of moderate fever. These are the only reports we have received in the past week, but these are isolated cases. These are normal side effects of the vaccine, similar to other vaccines,” Farber said.
Ruth Baruch, director of the immunization campaign at Clalit Health Services, Israel’s largest HMO, told Ynet that the organization also wasn’t seeing any issues in children after they received the vaccine.
“We have not received any reports of side effects at all,” she said. “From my knowledge on the subject of vaccines, I assume that there have been negligible side effects that the parents do not report at all, but if there are any unusual side effects, no report has been received. This shows it’s a safe vaccine.”
Israeli research published in August, and based on data from adult vaccination, found that the elevated risk for myocarditis, feared by some as a post-inoculation side-effect, was in fact far greater in those who contracted the coronavirus than those who had the vaccine.
Figures released Monday showed that a week after Israel began administering coronavirus vaccines to children ages 5-11, health providers have been inoculating them at a faster clip than when shots were rolled out for kids between 12 and 15 years old.
Vaccination is not compulsory for children, only advised.
However, as the campaign to vaccinate children has taken off, leading officials associated with it have been subject to threats, most notably Dr. Sharon Alroy-Preis, the head of public health services at the Health Ministry, who has been provided by police with a full-time security detail.
Another leader of the Health Ministry’s campaign to inoculate young kids said Monday that she has been receiving death threats and vitriol, some of which have been sent to her personal phone via the WhatsApp messaging app.
Dr. Lior Hecht, a pediatrician at Maccabi, told Channel 12 that she joined the campaign in order to battle “fake news” and to provide parents with “credible, verified information” about the vaccine.
“There have been explicit threats to murder,” she said, adding that police were investigating the matter.
Hecht said that she has been called a “child killer” and compared to the Nazis, and that her children have also been threatened indirectly.
“Your children will also suffer and you will have blood on your hands and your children’s hands. May your children be vaccinated and die,” she quoted one such message as saying.
The child vaccination campaign has kicked off in Israel amid concerns over the Omicron coronavirus variant. Israel has so far confirmed three cases and is examining a few dozen infections suspected of being caused by the mutated coronavirus strain, which the World Health Organization has categorized as a “variant of concern” following its initial detection in South Africa last month.
Covid19 Israel covid19 vaccine