No sign of peak oil demand in decade to come 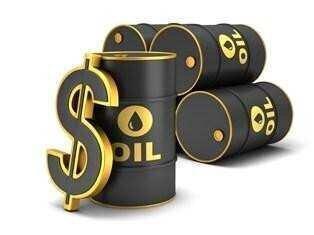 Oil prices are set to increase as fundamentals improve over the next several years if OPEC+ can manage to keep production levels moderated with oil prices rising as Covid-19 lockdowns ease and demand returns, Trend reports citing Fitch Solutions.

"While uncertainty is the prevailing consensus when viewing the long-term impacts of Covid-19 on the oil and gas industry at this early stage, our updated forecasts indicate that fuel demand will return albeit slowly," the company said in its report.

Fitch Solutions expects average fuel growth of 420,000b/d over the coming decade, strengthening in the latter half (2025-2029) of its forecast to nearly 850,000b/d, however this falls well below the rough average of 1.0mn b/d of growth per year as shown historically.

"Despite the unprecedented collapse in fuel demand of nearly 6.0mn b/d estimated for 2020, our 10-year forecast shows no sign of peak oil demand in the decade to come although our growth outlook falls well below historic averages hastening the pace of peak demand," said the report.

The source of fuel demand most impacted by Covid-19 is used mostly in transportation and this is also the segment responsible for the greatest share of growth for future oil demand across the forecast period, according to Fitch Solutions.

"The resulting global economic recession is expected to reduce industrial activity and energy consumption used in manufacturing, freight transportation and mining as there will be less demand for goods which will hit diesel, bunker and jet fuel. The massive collapse in air travel has significantly eroded jet fuel consumption during the pandemic. Gasoline consumption is also expected to fall as less workers commute owing to high unemployment. Factor in the changes to working from home, video conferencing and a limited desire for air travel as well, it makes for a very bearish narrative for fuel demand," said the company.
"Given the lack of affordable and large-scale alternatives to internal combustion vehicles such as EVs, we see the next five years remaining stronger for fuel demand once the economy recovers. Further, in the near term, we would expect those commuters who have to travel to avoid public transportation in favour of a car - supporting increased fuel demand. More permanent increases in working from home could be an impactful and long term change to fuel demand. If daily commuters were to spend just one day a week working from home versus their pre-Covid-19 commute, a significant drop in transportation requirements would be the result."