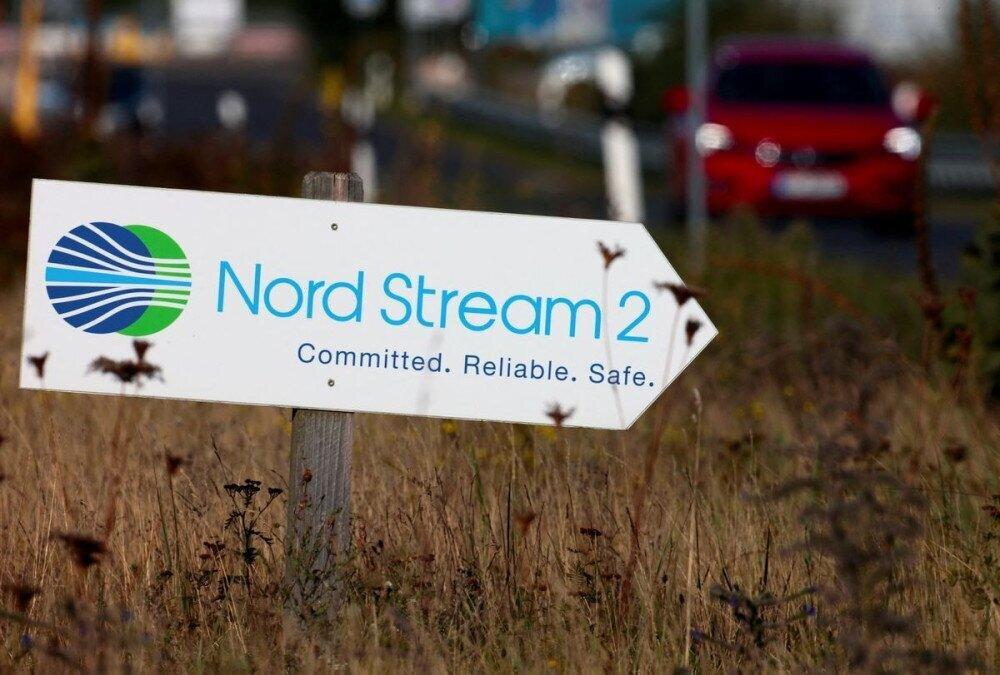 Back
The Swiss-based company which built the Nord Stream 2 gas pipeline from Russia to Germany is considering filing for insolvency, two sources familiar with the situation said, as it attempts to settle claims ahead of a U.S. sanction deadline for other entities to stop dealings with it.
The United States sanctioned Nord Stream 2 AG last week after Russia recognised two breakaway regions in eastern Ukraine prior to its invasion of the country, which has prompted a wave of economic sanctions by the West.
Nord Stream 2 AG, which is registered in Switzerland and owned by Russian state-owned gas giant Gazprom , last year completed the $11 billion project which was designed to double the capacity to pump gas from Russia to Germany.
The two sources, who spoke on condition of anonymity because the talks about a potential insolvency are confidential, said that Nord Stream 2 AG has been working with a financial adviser on clearing some of its liabilities and could formally begin insolvency proceedings in a Swiss court as soon as this week.
Nord Stream 2 AG did not respond to requests for comment from Reuters. Gazprom declined to comment.
The 1,230 km (767 mile) pipeline had not begun commercial operations because it was pending certification in Germany, which last week put this process on hold as a result of the escalating Ukraine crisis.
The U.S. Treasury Department's Office of Foreign Assets Control issued an executive order on Feb. 23 authorising "the wind down of transactions involving Nord Stream 2 AG" or "any entity in which Nord Stream 2 AG owns, directly or indirectly, a 50 percent or greater interest" by March 2.
Gazprom paid half the cost of building Nord Stream 2, with the remainder of the $11 billion pipeline project financed by British oil and gas major Shell (SHEL.L), Austria's OMV (OMVV.VI), France's Engie and Germany's Uniper (UN01.DE) and Wintershall DEA (WINT.UL).
Shell, Engie, and Wintershall DEA did not immediately respond to requests for comment. OMV declined to comment.
A spokesperson for Uniper said the company does not currently have any such information when asked about a possible insolvency filing by Nord Stream 2 AG.
Swiss-registered Nord Stream 2 AG is also terminating the contracts of workers, the sources said. It was unclear if all entities related to Nord Stream 2 AG would be shut down or how Gazprom plans to proceed with the pipeline maintenance.
Switzerland's Economy Minister Guy Parmelin said in an interview with Swiss radio service RTS on Monday that all Nord Stream staff, more than 140 employees, who worked for the company in the Swiss city of Zug had been fired.
Germany, which gets half its gas from Russia, had backed Nord Stream 2 to diversify energy supplies for Europe, but the project faced opposition within the European Union and from the United States for increasing the region's gas dependence on Russia and allowing Moscow to reduce volumes through Ukraine, for which it has to pay a transit fee.
Since Russia's invasion of Ukraine last week, several large companies, including oil majors, said they would exit their Russian operations, including Shell, which said it will no longer be involved in Nord Stream 2 among other investments.
Nord Stream 2 Ukraine Russia