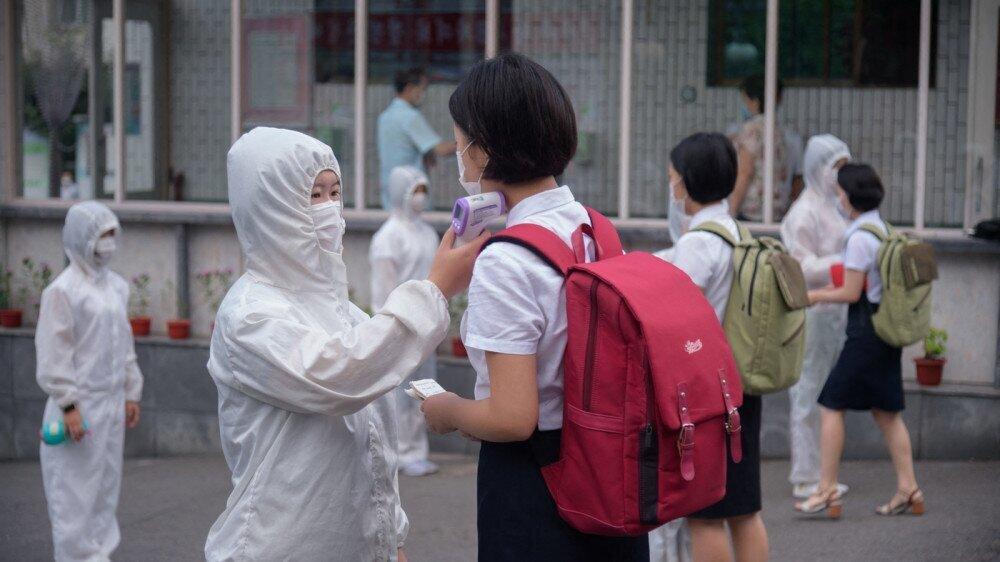 The World Health Organization on Wednesday cast doubt on North Korea's claims of progress in the fight against a coronavirus outbreak in the reclusive East Asian nation.

Michael Ryan, the head of the emergencies program at the WHO, said they "assume the situation is getting worse, not better."

But Ryan said they were not "in a position to make an adequate risk assessment of the situation on the ground" since they didn't "have access to the necessary data."

Pyongyang has also never directly confirmed the number of people who have tested positive for COVID-19, worrying experts about the actual scale of the problem.

Concern over North's unpreparedness
The WHO added it was working with the country's neighbors South Korea and China to get an actual picture of the state of affairs and that it continues to offer support with vaccines. The North is not known to have vaccinated its 25 million people.

North Korea locked down after reporting its first case of COVID-19 earlier in May, with leader Kim Jong Un blasting top officials of his Workers' Party for their "immature response" to the pandemic and the slow delivery of medicines.

In the days after confirming its first COVID outbreak, Pyongyang reported hundreds of thousands of cases of fever, raising alarm among public health experts who worried about the country's unpreparedness to tackle the outbreak.

Meanwhile, KCNA reported that the country has successfully put up a fight against drought and a looming food shortage, with key economic activities like rice farming having picked up pace.

KCNA reported the country had also ramped up a push to supply people with medicines they'd need to protect their life, DW reports.