Nouriel Roubini: Georgia is in many ways an example of a country that is a top reformer 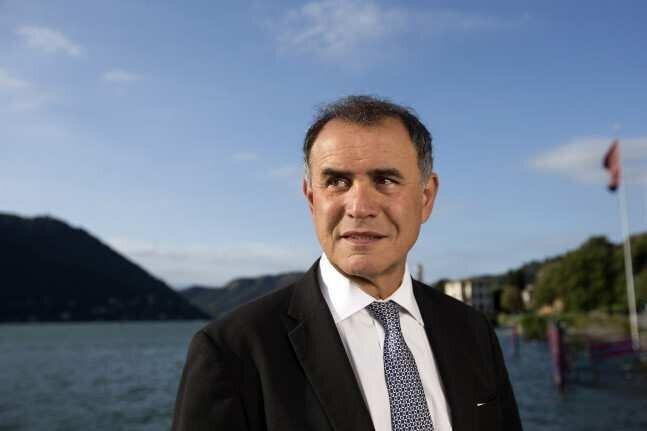 The Moderator of the Panel Discussion of the third Tbilisi Silk Road Forum is the Dr. Nouriel Roubini, thinks that in many ways Georgia is an example of a top reformer Country.

"Georgia is in many ways an example of a country that is a top reformer in terms of both macro reforms and structural reforms now a top performer because it has achieved the growth rate of almost 5% and with additional reforms, it could achieve even more economic success.

Now if you look at the macro-economic stability, this country is an example of the kind of things you want to do. First of all, you want to have a sound fiscal policy and public finance, you want to have a low budget deficit and low levels of stocks of public debt; and this country has been disciplined in achieving that by controlling spending, emphasizing investments in capital expenditures and having a sound tax system that raises revenues. The budget deficit is low, the public debt as a share of GDP is low.

This is also a country, that as many other countries have realized the importance of having the independent central bank, committed to having low inflation. There is an inflation targeting regime, there is flexible exchange rate and whenever an external shock occurs, part of the shock-absorbing mechanism is an adjustment of the exchange rate that stabilizes the external balance of the country.

This country used to run a relatively large external deficit but this external deficit is being shrinking and most of the financing of this external deficit is occurring through foreign direct investment. As we know, if you run a current account deficit, it’s better to finance it with equity, with long-term financing, rather than short-term financing and in a local currency financing; and one of the features of foreign direct investment is equity investment rather than that is long-term and is in local currency and therefore is a much more stable source of funding of external imbalances.

And finally, this country is like many in the region now has a sound financial system, banks that are properly supervised, regulated with good capital, good liquidity and low leverage. And this is the reason why rating agencies have been upgrading over the last few years the rating of country because there is a sound macro-economic framework that is the fundamental stores of economic stability. But of course, in addition to having a macro-economic stability you need to achieve also high productivity and high economic growth, and that implies having structural reform that increases the potential growth of the economy, and this country in the last few years has achieved a growth rate of closed to 5% and the growth could be even more than 5% if additional reforms are instituted and implemented,"- Roubini said.