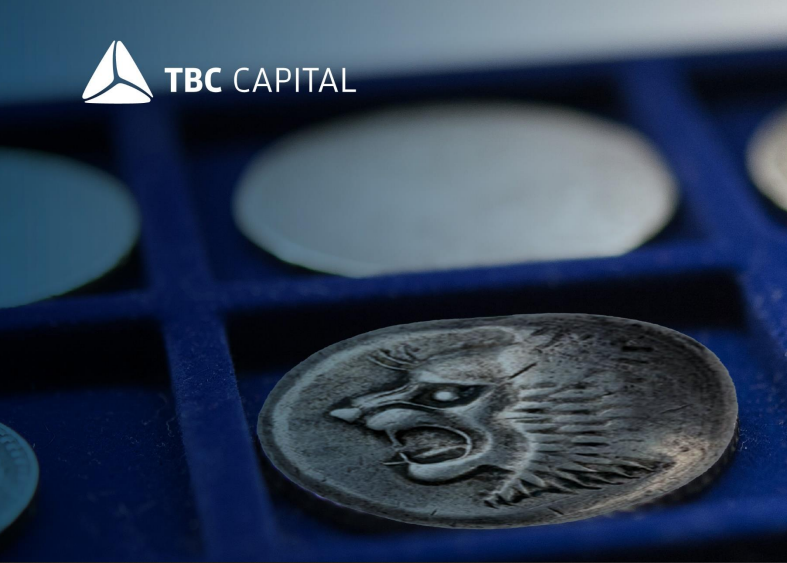 TBC Capital published a weekly update from the Chief Economist. According to the report, May preliminary estimate shows continuing expansion in the economic activity with an annual growth rate of 11.6% despite still a high base effect from the previous year, supporting TBC Capital's bullish outlook.

According to the document, TBC Capital believes 2022 baseline should be stronger than 10%, rather than around 10% judged a week ago. Although the current account balance to GDP widened in the first quarter of 2022 from -12.5% to -13%, this was mainly on the back of worsened investment income balance, while trade balance of goods and services improved from -22.7% to -17% of GDP. As expected yet in April, improvement in the external balance represented by the trade in goods, net tourism and remittances inflows-to-GDP ratio in seasonally-adjusted terms, continues to be positive following the initial recovery in the Q4 2021 for the first time since the pandemic.

"Additional upside for current account improvement arising from the transportation services yet remains to be seen in the next quarters. Overall, we stick to our view of 2022 current account deficit to GDP ratio dropping to around 5%, though more precise BoP projection update will be available in our forthcoming publications", - the documnet reads.

Accoridng to the repeort, last week was noticeable as the GEL strengthening once again gained a momentum. TBC Capital's best guess, basically unchanged from the previous assessment, would be the GEL to strengthen further, however, unless the USD weakens worldwide, only marginally, probably reaching around USD/GEL 2.80 followed by the NBG reserve accumulation.

"On the rates side, some increase in FC deposits is already evident, being broadly consistent with our expectations the Fed tightening to
have only partial pass-through on an on-shore market. At the same time, despite record high interest rate differential, stronger 10 year USD
benchmark rate has a continuous negative impact on the share of non-resident holdings of the GEL securities", - TBC Capital note in the publication.