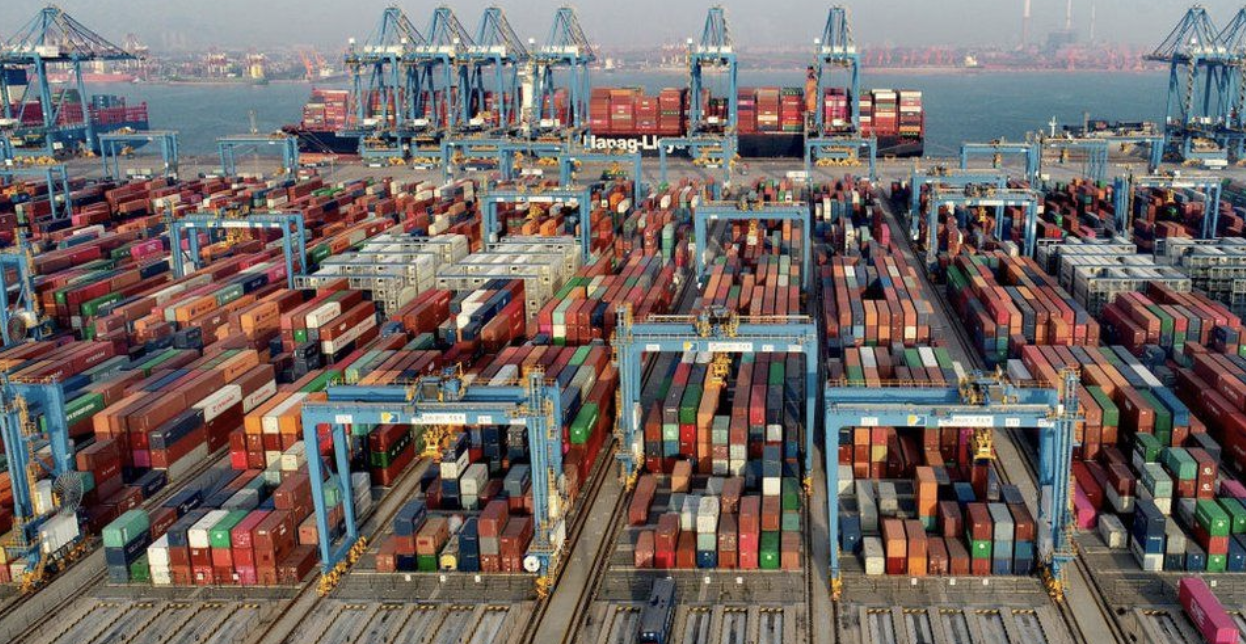 Back
A leading international agency has upgraded its forecasts for global and British economic growth this year and next.
The Organisation for Economic Cooperation and Development said the world economy is likely to expand by 5.6% in 2021.
The figure for the UK is 5.1% followed by 4.7% next year.
The report does however suggest a risk of lasting costs from the pandemic in some countries, including the UK.
The significantly brighter outlook reflects the deployment of effective vaccines.
There was also a contribution from economic stimulus measures in the US, including those President Biden's administration is seeking to have approved by Congress.
There is a particularly substantial upgrade for the US national forecast for this year. The report says there are likely to be welcome spill-overs in major US trading partners.
The global economy is now likely to reach pre-pandemic levels of activity by the middle of this year, the report suggests.
But that does not mean the pandemic related damage will have been reversed by then. Without the health crisis the economy would have been expected to grow throughout the last year.
The report looks at what it now expects for the final quarter of 2022 compared with the projections it made before the pandemic, in November 2019.
Of the G20 major economies only two, the US and Turkey, are predicted to beat that previous projection.
The shortfall is very substantial for some emerging economies, notably India, Indonesia and South Africa.
Among the developed economies, the largest shortfall on this measure is for Spain, followed by the UK, at more than 4%.
There are, inevitably, some risks associated with the improved outlook the prior describes.
The OECD's chief economist, Laurence Boone, said the pace of vaccinations around the world was not fast enough to consolidate the recovery.
The agency also mentions the possibility of new virus variants as a risk to economic prospects.
The report sets out some striking information about how the pattern of economic activity has changed during pandemic.
In a selection of developed economies, online sales in the last quarter of 2020 had increased from a year earlier by more than 20% in all, and by more than 60% in Britain and Canada. It was a very different story for total retail sales, so this was a sign of changing patterns of consumer behaviour.
Total sales did increase in a few countries, but only by single figure percentages and in two (Spain and Italy) there was a fall.
Job opportunities posted online also showed the impact of the health crisis. There were increases for healthcare and production (industrial jobs), but large declines in some service industries notably catering. However, all sectors showed some rebound from the even deeper declines that occurred last April.
Source: BBC
OECD Global Economy