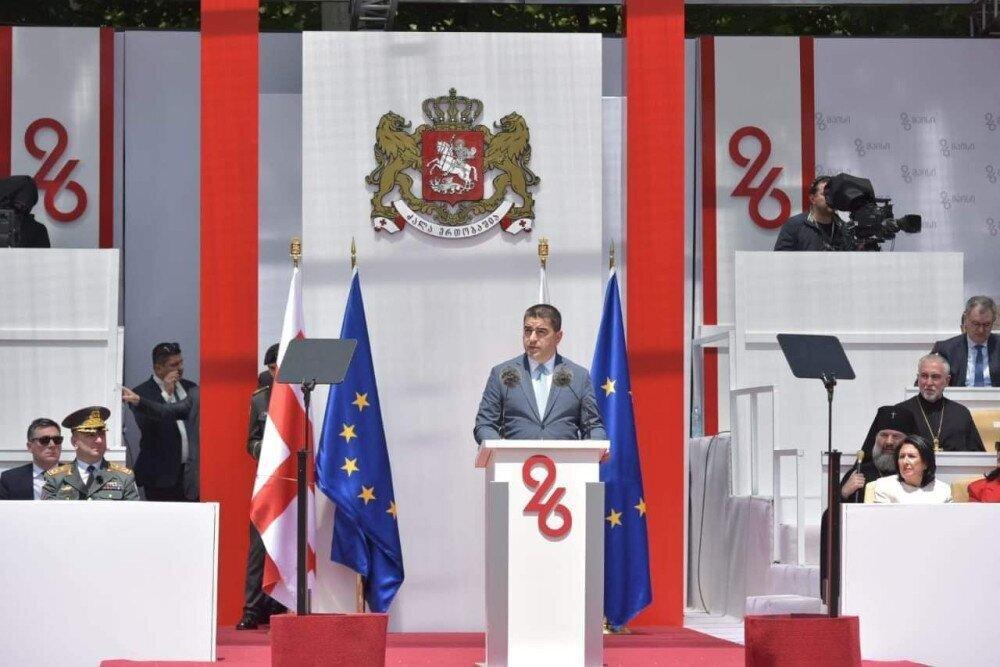 The price that our country has paid in the fight for freedom and European future is very high and we believe that the European Union will see and appreciate the efforts of the Georgian people, said the Speaker of Parliament Shalva Papuashvili at the event dedicated to Georgia's Independence Day.

According to Papuashvili, against the background of important historical processes, the country celebrates May 26 with special hope.

"Georgia has taken historic steps in recent years to work closer to the European Union, working and fighting for a European future. We have taken the main step - we have officially applied for EU membership. Georgia is an integral part of the creation of Western civilization, European culture and historical space. We will continue to protect and strengthen Georgia's sovereignty, territorial integrity and freedom, to build a European state, a state that will regain a worthy place in the European family," Shalva Papuashvili said.