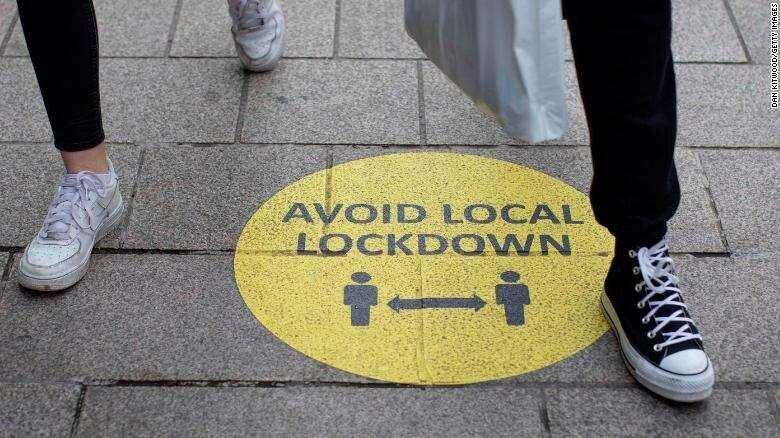 The Oxford English Dictionary (OED) has been unable to name its traditional word of the year for 2020, instead of exploring how far and how quickly the language has developed this year.

"It quickly became apparent that 2020 is not a year that could neatly be accommodated in one single 'word of the year,'" the OED said, with the language adapting "rapidly and repeatedly."
The report, titled "Words of an Unprecedented Year," uses an adjective that has itself seen a big spike in use during 2020.
"Though what was genuinely unprecedented this year was the hyper-speed at which the English-speaking world amassed a new collective vocabulary relating to the coronavirus, and how quickly it became, in many instances, a core part of the language," the report reads.
It moves through the year, detailing the most important words in certain months, based on spikes in use, from "bushfire" in January, when Australia suffered its worst fire season on record, to "acquittal" in February, when US President Donald Trump's impeachment trial ended.
From March onward, terms related to the coronavirus pandemic start to dominate, including "Covid-19," a completely new word, first recorded on February 11; "lockdown," "social distancing" and "reopening."
In June, the use of the phrase "Black Lives Matter" exploded, followed by "cancel culture" and "BIPOC," an abbreviation of "Black, indigenous and other people of color."
"Mail-in" and "Belarusian" were both flagged as words of the month for August, referring to mail-in voting for the US election and the controversial reelection of Belarusian President Alexander Lukashenko, respectively.
"Moonshot," the name the UK government gave to its mass coronavirus testing program, appears in September, while "net-zero" and "superspreader" are highlighted in October.
Net-zero refers to Chinese President Xi Jinping's pledge that the country will be carbon neutral by 2060, and superspreader, a word that dates to the 1970s, according to the OED, saw a spike in use after a cluster of Covid-19 cases at the White House.
The OED named "climate emergency" as word of the year in 2019, and "toxic" in 2018.
Oxford English Dictionary