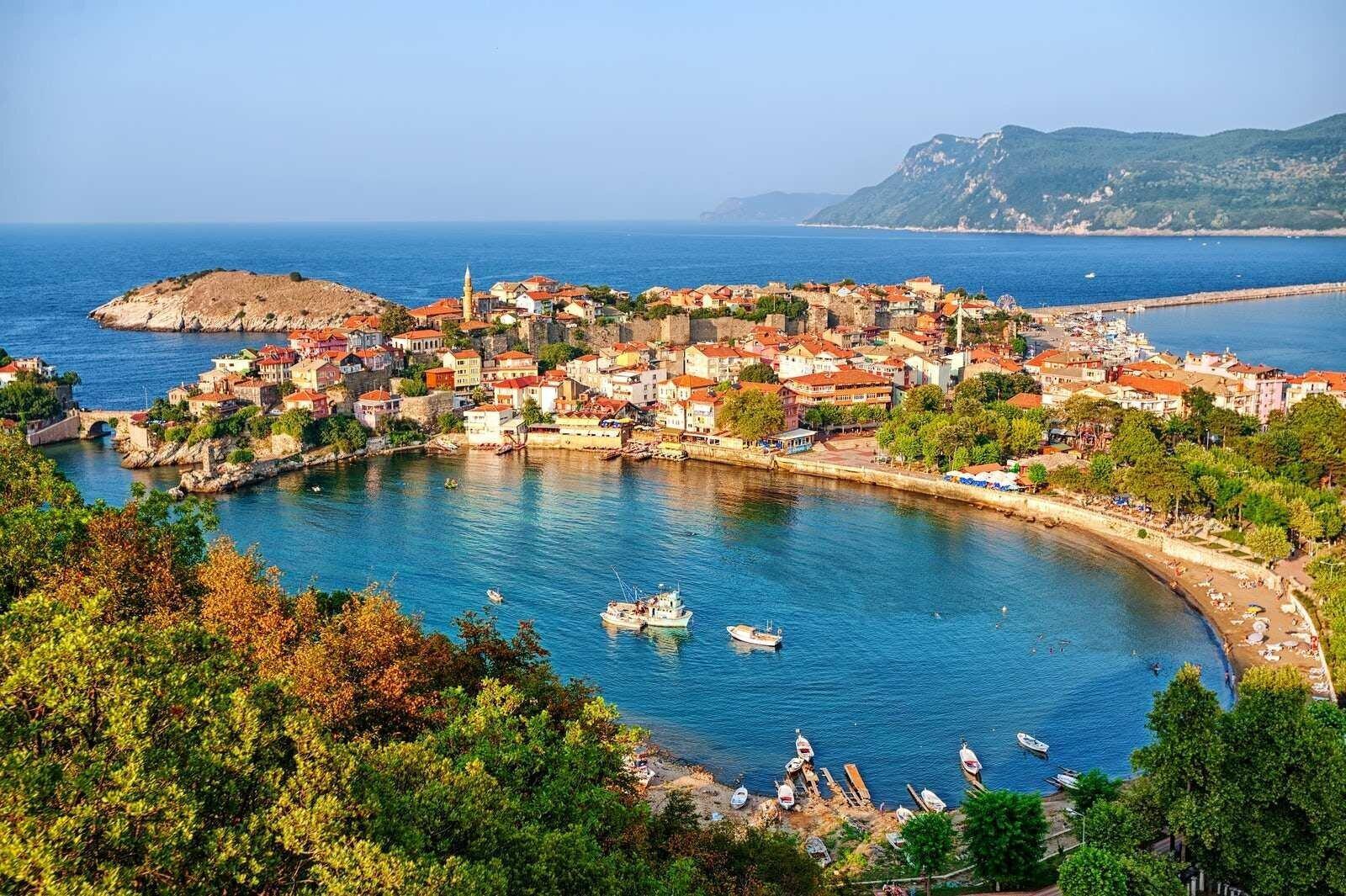 Back
There are diverse factors leading to the differences in the economic performance of the countries in the Black Sea region. Pre-crisis vulnerabilities, a higher stringency index, a higher dependence on tourism, and limited fiscal capacity all lead to a country’s relatively poor role in country’s worse economic performance.
The spread of COVID-19 has resulted in a global pandemic, followed by an abrupt economic crisis due to the necessary measures taken to reduce infection and death rates. In its report below, PMCG Research focuses on the countries of the Black Sea region, specifically their preparedness for an economic crisis and their actual economic performance during the pandemic, before presenting forecasts for 2021.
According to the report, produced by PMCG Ukraine together with PMC Research, the EBRD, which assessed the economic resilience of its members using a matrix tool, Turkey is quite vulnerable to retail service shocks, while Georgia is more vulnerable to labor market shocks. As for external shocks, as an oil and gas exporter country, Russia is particularly vulnerable to commodity price shocks, while Ukraine is highly vulnerable to disruptions in global value chains. As tourism makes a sizable contribution to Georgia’s GDP (8.1% direct and 26.3% indirect in 2019), the country’s vulnerability to shocks in the tourism sector is also evident.
In terms of policy space, Ukraine’s fiscal policy space is limited compared to the other countries of the region. Moreover, its financial system is also relatively underdeveloped. Three countries, namely Georgia, Romania, and Turkey are thought to have a particularly low resilience to external shocks. Conversely, Bulgaria is, overall, the most resilient country to the economic shock in the Black Sea region, scoring at least moderately in each of the nine metrics, while scoring high in five of them. By contrast, Georgia and Ukraine can be distinguished as the most vulnerable of the six countries, with both of them performing weakly in three metrics.
To tackle the virus spread, governments started to intervene by introducing different regulations aimed at decreasing the mobility of people. However, the countries differed in the magnitude of the restrictions they imposed on movement and the economy. According to the Government Response Stringency Index by the Blavatnik School of Government at the University of Oxford, which measures the amount and the extent of countries’ regulations, Bulgaria, Romania, and Russia are the three Black Sea region countries which had less stringent measures in place, on average, compared to the other three countries (Georgia, Turkey, and Ukraine). Georgian had the strictest restrictions on average, while Bulgaria’s were the least strict.
Among the six countries of the region, it is almost universal that initially, in March-May, strictness of measures was at its highest, due to the considerable uncertainty surrounding the virus and its characteristics.
Each country relaxed their measures significantly in June-August (although Russia lagged behind somewhat). Since September, the index in most countries has risen, which can largely be explained by the second wave of the pandemic. The three countries to increase the stringency of their measures most significantly at this time were Georgia, Romania, and Bulgaria.
As governments realized that combined health and economic shocks were having a significant impact on businesses and households, they responded promptly. All central banks that had capacity to do so, decreased their monetary policy rates in order to stimulate the economy in the first months of the pandemic. This was also true in Turkey, albeit following the depreciation of the Turkish Lira it reversed its policy rate.

Another more sizable tool for helping those in need and simultaneously stimulating the economy has been fiscal support and stimulus packages.
In this regard, Turkey has stood out in the Black Sea region, with its stimulus package amounting to 12.8% of its GDP. The packages of Ukraine, Romania, and Bulgaria were not sizable, each amounting to less than 3% of GDP, while the Russian and Georgian stimulus packages were moderate at 4% and 5.3% of GDP respectively.
Pre-pandemic vulnerabilities (and strengths), the stringency of the measures undertaken during the year, and the size and form of stimulus package rolled out by the government all contributed to the extent to which countries’ economies were hit in Q2 2020 and the extent to which they recovered in Q3 2020, as well as affecting the forecasts for economic performance for the whole of 2020, and for 2021 too.
In Q2, each country in the region saw unprecedented declines in their economic activity, ranging from -8% to -13.2%. Interestingly, Georgia’s GDP experienced the sharpest fall of 13.2% in Q2 among the six countries; this could possibly be explained by the relatively high stringency of undertaken measures. Meanwhile, Russia experienced a decline of just 8% in Q2. In Q3, while five of the six countries continued to experience year-on-year decline, the Turkish economy registered significant recovery (growth of 6.7%). The main reason behind this recovery is likely to have been the impressive size of Turkey’s stimulus package. In Q3, Romania (-6%), Georgia (-5.6%) and Bulgaria (-5.2%) performed worse than the other three countries. This could be explained by the relatively high contribution tourism normally makes to their GDP.
Data for GDP performance in Q4 is not yet available. According to World Bank forecasts made in January 2021, five of the six economies will contract by 4-6% year-on-year (YoY) for 2020, while Turkey is expected to grow by a modest 0.5%. In 2021, the Turkish economy is forecast to record the most notable growth (4.5%), while the other economies are forecast to grow in the range of 2.6% (Russia) and 4% (Georgia).
In October 2020, the World Bank released forecasts of other important macroeconomic indicators. These suggested that Turkey will struggle to achieve their target for inflation over the next two years, while the other countries in the region are more or less on target. The Gross Fixed Capital Investment growth rate hit negative double figures for three countries, namely Ukraine, Bulgaria, and Georgia, in 2020, with other countries experiencing a less sharp drop.
Georgia seems to have the highest current account deficit, which can again be explained by its economy’s relatively high dependence on tourism. In terms of fiscal deficit, those of Romania and Georgia are higher than the other countries in the region. If we look at the debt to GDP ratio, Georgia again stands out, along with Ukraine, with both countries’ debt to GDP ratio being close to the 60% threshold. Contrarily, Bulgaria and Russia have lower ratios, both sitting below 30%.
There are diverse factors leading to the differences in the economic performance of the countries in the region. It can be concluded that pre-crisis vulnerabilities, a higher stringency index, a higher dependence on tourism, and limited fiscal capacity all lead to a country’s relatively poor role in country’s worse economic performance. Conversely, Turkey has recorded a strong rebound which could most probably be attributed to its high spending as part of the stimulus package.
Global Economy Black Sea Region