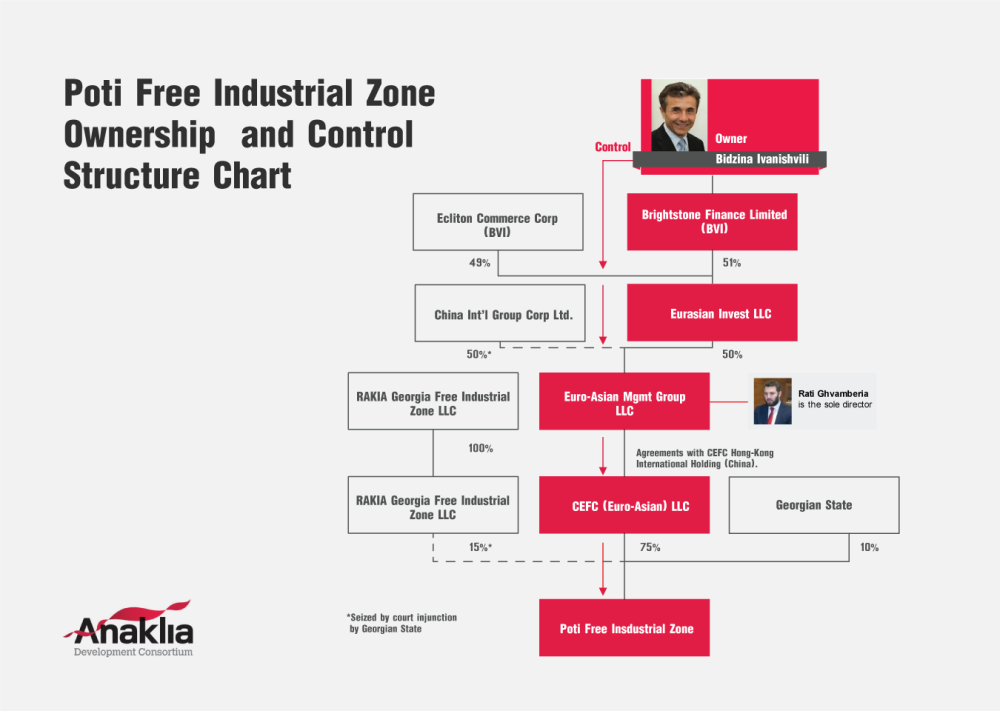 The Washington Post, the Guardian, BBC and other top international news outlets have begun releasing the details of millions of pages of financial records obtained from secret offshore jurisdictions by the International Consortium of Investigative Journalists (ICIJ). The records reveal billions of dollars of investments and accounts held in offshore jurisdictions by current and former world leaders, to shield them from tax authorities, creditors, criminal investigators and regulators.

Among the disclosures, Bidzina Ivanishvili features prominently, earning his own page on the main disclosure site of the ICIJ.

According to the disclosures, Ivanishvili established 12 companies in the secretive British Virgin Islands (BVI) between 1998 and 2016. The British Virgin Islands was categorised by the US State Department as a “Country/Jurisdiction of Primary Concern in respect of Money Laundering and Financial Crimes” during the period that Mr. Ivanishvili established companies there.

The graphic from the ICIJ Pandora Papers disclosure, showing the BVI companies connected to Mr. Ivanishvili, including Brightstone Finance Limited:

As ADC reported in its press release of October 27, 2020, Brightstone Finance Limited owns 51% of a Georgian company called Eurasian Invest, LLC. Eurasian Invest in turn controls completely another Georgian company called Euro-Asian Management LLC, and Euro-Asian Management LLC, via a management contract, fully controls the company that owns Poti FIZ. The chart included with this statement, and its notes, explain the complicated, but complete control arrangement, in more detail.

After his own government initiated the Anaklia Deepwater Port development project anew in 2014, Bidzina Ivanishvili began to actively oppose the project as early as 2017. The sub-text of Ivanishvili’s opposition to Anaklia frequently included references to the supposedly easier and cheaper job of building a deepwater port at Poti instead. The Pandora Papers confirm what was becoming apparent: at least one of Mr. Ivanishvili’s motives in undermining the Anaklia Deepwater Port project was to favor his own economic interest in the development of Poti Port.

Mr. Ivanishvili’s near total influence over the Georgian Dream Government is well-known. The Pandora Papers confirm that he has hidden his wealth in offshore jurisdictions and uses it to manipulate the Georgian government to serve his own financial interests. That is precisely the kind of global political corruption that has undermined democracy and rule of law not only in Georgia, but as the Pandora Papers reveal, in many other countries around the world.

The Anaklia Deepwater Port is in Georgia’s interest, as numerous studies have shown. Nevertheless, the Georgian government’s behavior relative to Anaklia raises questions about its true intentions. While the Government has said it wishes to proceed with a tender for Anaklia, it has also acknowledged officially that the tender has a high risk of failure. The Georgian government’s conduct in the Anaklia matter is also causing foreign investors to be wary of any investment in Georgia.

It is time now for the Georgian government to serve the interests of the Georgian people by following the best and quickest path to realizing the long-hoped for Anaklia project: by engaging with ADC to ensure the completion of Anaklia Port’s construction, rather than serving the interests of a billionaire patron with hidden wealth in offshore jurisdictions, and no accountability to the country’s legal and political institutions.