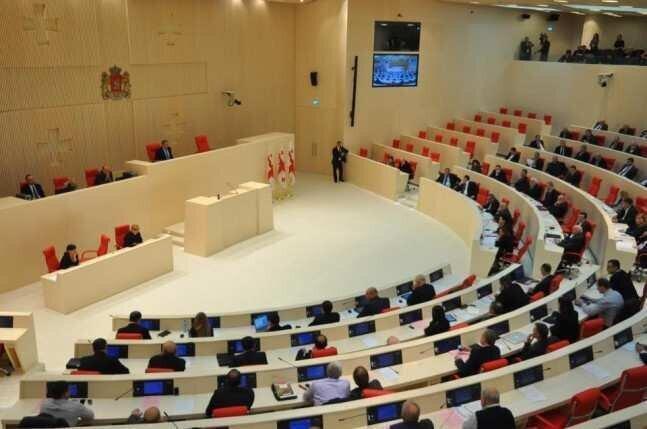 A break has been announced in parliament as an unclear substance has been spilled in the session hall with a “very unpleasant smell”as MPs say, causing a delay in a major vote today on the controversial list of judges for the Georgian Supreme Court.

Emergency brigades and law enforcers are present at the scene, as several of the MPs feel ill.

Ruling party MP Irakli Kobakhidze says that two opposition MPs brought in the liquid and spilled it in the hall earlier today.

Our reaction to the action will be very harsh,” Kobakhidze said.

MP Giorgi Gachechiladze has stated that “actually it is a terrorist act.”

Ruling party MPs say that the substance is “obviously poisonous.”

The civic movement Sirtskhvilia (Shame) has taken responsibility for the incident, saying in a special statement that "we stand behind the odour of feces, which is absolutely safe for human health".

Sirtskhvilia has been involved in the Tbilisi protests since June 2019.

The opposition and civic groups strongly opposes many of the 20 candidates presented for possible appointment as lifelong judge of the Georgian Supreme Court.

The ruling Georgian Dream party also says that they will not vote for several of the candidates.

Joe Biden Sworn In as President

Goldman Sachs, With Big Earnings Jump, Is Having a Profitable Pandemic