Parliament Started To Work On EC's Recommendation On Deoligarchization 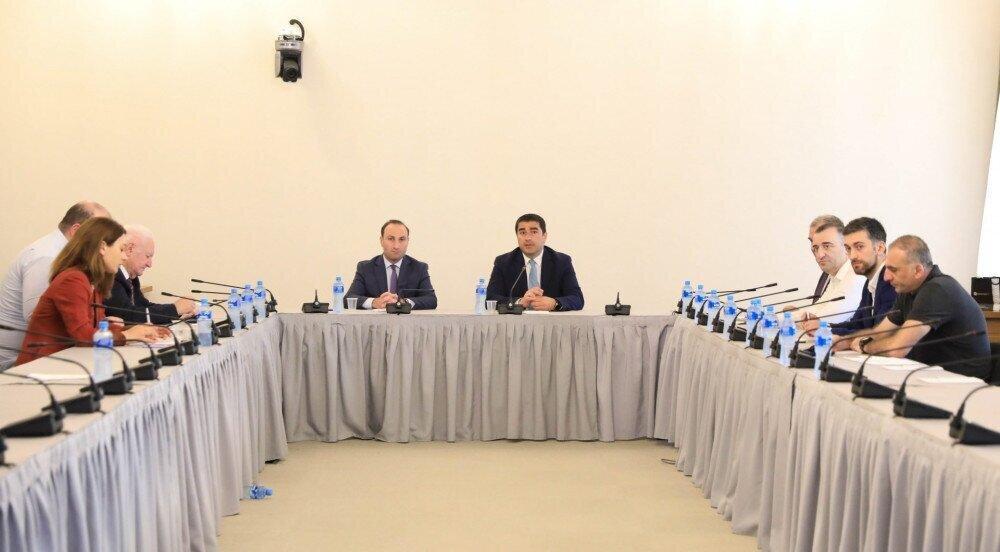 The Speaker Shalva Papuashvili met with the representatives of the parliamentary political parties to discuss the 5th recommendation of the European Commission, which envisages the implementation of deoligarchization in Georgia.

The meeting also focused on the law adopted in Ukraine on deoligarchization.

"One of the 12 recommendations addresses the issue of deoligarchization in relation to Georgia, Moldova, and Ukraine. The guidelines in the example of Ukraine emphasize the need of putting the existing law into practice because it was only put into force in May of this year despite being adopted in Ukraine last fall. We can roughly infer what would be intended in the case of our recommendation from the example of Ukraine. We can also talk about the concepts, procedures, and standards of Ukrainian law. We see that, regrettably, deoligarchization has resulted in the instrumentalization of this term in Georgian domestic politics and, as a result, further deepened the desire of radical groups to bring destruction into politics. Ukraine’s law is advantageous because it is detached from Georgian political subjectivism. The European Union, among others, has called for the implementation of this law, which was drafted by foreign recommendations and practices detached from Georgian political subjectivism. As a result, this law can serve as a good example for avoiding accusations that the law favors one party over another”, - Shalva Papuashvili stated after the meeting.

"The Ukrainian model is composed mostly of four elements. First, it is a part of the relevant individual interfering in politics. Second, it is a large number of financial resources, which is calculated by multiplying the subsistence minimum by one million. Thirdly, it implies an impact on the media, and fourthly, it is a monopoly on the market. According to the Ukrainian model, a person will be classified as an oligarch and added to the special registry if three of these four criteria are met. The Ukrainian government makes this decision, which the president ultimately approves”, - Anri Okhanashvili stated.

According to him, the political groups voicing radical ideas - the National Movement and their partners, who talk about the issue of deoligarchization, did not participate in today's working meeting, which not only contributes to depolarization but on the contrary, increases it even more.

According to Alexander Elisashvili, the Chair of the political group Citizens, the Ukrainian law should not be translated directly, because there are many gaps and uncertainties.

"It is unclear how the Defense and Security Council in Ukraine determines who is an oligarch and whether to add a certain person to the registry of oligarchs. Additionally, it is absurd that government employees are prohibited from speaking with the oligarch. Who is in charge of this communication if it is secret? The Venice Commission's conclusion would be interesting to hear. We have now decided to share our opinions. My proposal is to modify the law to better reflect Georgian reality", - Alexander Elisashvili stated.

According to the Chair of the political group European Socialists, Fridon Injia, the adoption of this law in Georgia is not necessary if all other laws are fulfilled.

"There is no need to enact this law if existing laws and governmental institutions, such as the court and prosecutor's office, clearly perform their obligations”, - Fridon Injia noted.

According to Herman Sabo, a member of the political group Girchi, the Ukrainian law is flawed in many ways and the Venice Commission has not evaluated it.

"The 12 points are designed to make the government less vertical. With the passage of this bill, the government's sway will be further increased, and incoming administrations will have the chance to use it to complicate things for the opposition. As a result, the working group's objective should be to develop structural adjustments that do away with the single-person rule. If the government switched to natural caps and truly proportional elections, that would be regarded by us as deoligarchization. On the basis of this, oligarchic control in the future is disfavored”, - Herman Sabo noted.

According to Ana Buchukuri, a non-attached MP, it is important to carefully carry out all the reforms requested by the European Union.