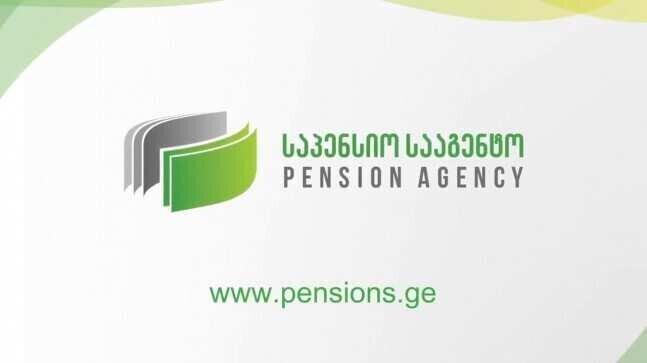 Pension Agency has started placements in Certificates of Deposits and Term Deposits Over the last few days, the Pension Agency, with the approval and instructions of the Investment Board, purchased GEL 575 million certificates of deposits (“CD”) issued by reputable local commercial banks (“Banks”) and placed GEL 15 million into Banks’ term deposits with the objective to maximize the long-term real returns and to protect the interests of pension scheme participants.

The process was led by Mr. David Tsiklauri, who served as the Interim Chief Investment Officer (“CIO”) of the Pension Agency, and in compliance with the principles of prudent-person rules, the Law of Georgia on Pension Savings and the Investment Policy for the Portfolio of Cash and Cash Equivalents approved in January, 2020 by the Investment Board. Mr. Tsiklauri, who is a Member of the Investment Board, was appointed as an Interim CIO for a period of one month (until March 3, 2020) with a purpose of carrying out the above mentioned activities.

The total amount of investment was allocated to seven Banks, with maturities of CDs and deposits ranging from 2- to 5-year periods. Instruments utilized were: interest bearing CDs, zero coupon discount CDs and Term Deposits. Overall, the weighted average nominal annual interest rate of c. 14.8%* was achieved. In addition to that, the further investment negotiations with the above and other Georgian commercial banks will continue in future. The Investment Board wishes to express its thanks to Mr. David Tsiklauri for having enabled the Pension Agency to lock-in attractive rates on the placements realized.

These should bring a meaningful contribution to the generation of high real rate of returns on the pension assets and significantly exceed the current expected real rate of returns on the Georgian government’s benchmark bonds, while the level of risk of local commercial banks is relatively low. In addition to that, in February 2020, the Investment Board has developed the Investment Policy Document for all classes of financial instruments and submitted it to the National Bank of Georgia, who should check the compliance of the Investment Policy Document with the requirements of the Law.

This announcement is made by the Investment Board members of the Pension Agency: Olivier Rousseau, Chairman Jean-Frederic Paulsen, Vice-Chairman Michael Ridley Timo Viherkentta David Tsiklauri * the rate differs from the earlier announced interest rate (14.9%) as at the time of previous announcement investment process was not complete and since then two additional deposit/CDs with medium-term maturities were acquired.