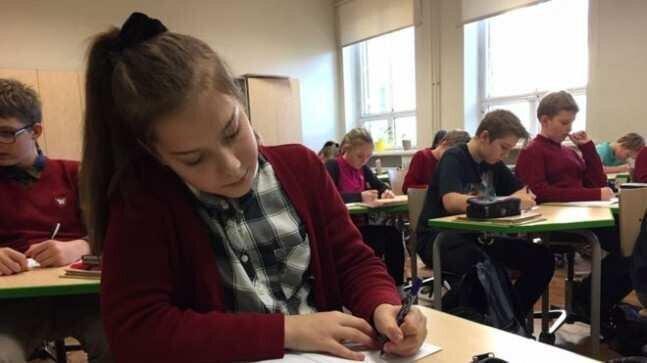 Estonia is Europe's newest education powerhouse.It outperforms the major European economies, including the UK, in influential global education tests. These Pisa tests measure the ability of 15-year-olds to apply their skills and knowledge to real-life problem-solving in reading, maths and science.

The OECD has run the tests since 2000, and most middle and higher income countries take part. In the Pisa results published in 2016, Estonia came third in science while the UK was ranked 15th, and in reading Estonia was ranked sixth - far above the UK's 22nd place.

UK spending on education is relatively high compared to the average across larger economies, but the same is not true of this small Baltic state.

Estonia has made high quality early years education a priority. Kindergarten starts from the age of three.
Parents have to make a contribution, but it is capped as a proportion of the minimum wage, that means up to €80 (£70, $90) a month per child. Kindergartens expect children to learn through play directed by teachers, with some more formal learning gradually introduced. Parents note that "it's also important to do it in a way that they enjoy".

They are growing up in an economy where digital innovation is at the forefront. They have an e-school system, by which he means a lot of their homework is done and graded online.

Books are borrowed electronically too, which helps with the large amount of work they expect to do at home.

Machavariani has met Prime Minister of Finland in Davos