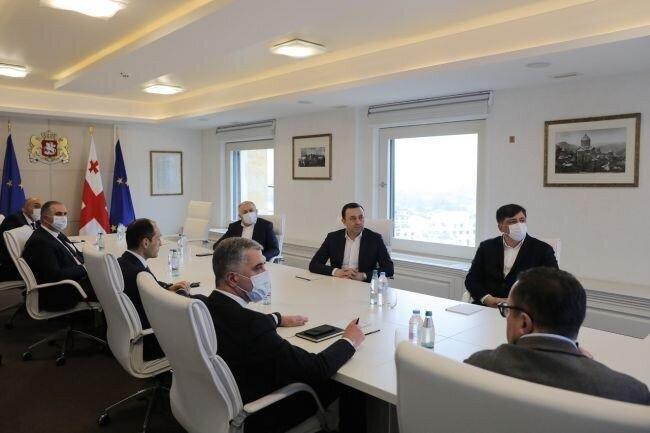 Council Members considered steps to be made in the nearest future for the acceleration of economic growth, which include construction and infrastructure projects, export potential, tourism, food and industrial stocks.

Particular attention was made on the contracting of additional lots within the scope of construction and infrastructure projects in the current year, which will result in a long-term procurement. Discussion was also related to specific projects that will be known in the nearest future.

The Head of Government of Georgia was briefed about the current situation with a focus on the recovery of tourism at the working meeting. As noted by Levan Davitashvili, Minister of Economy of Georgia, the current trend is promising. Namely, the recovery rate reached 70% in tourism in contrast with 2019 and actual indicators are closely following the projections.

It was also noted at the meeting that irrespective of the current situation witnessed in the region, building of the food and industrial stock experiences no delays in the country. Discussion was also related to logistics, cargo traffic and rising volumes of shipped goods, which require greater coordination.