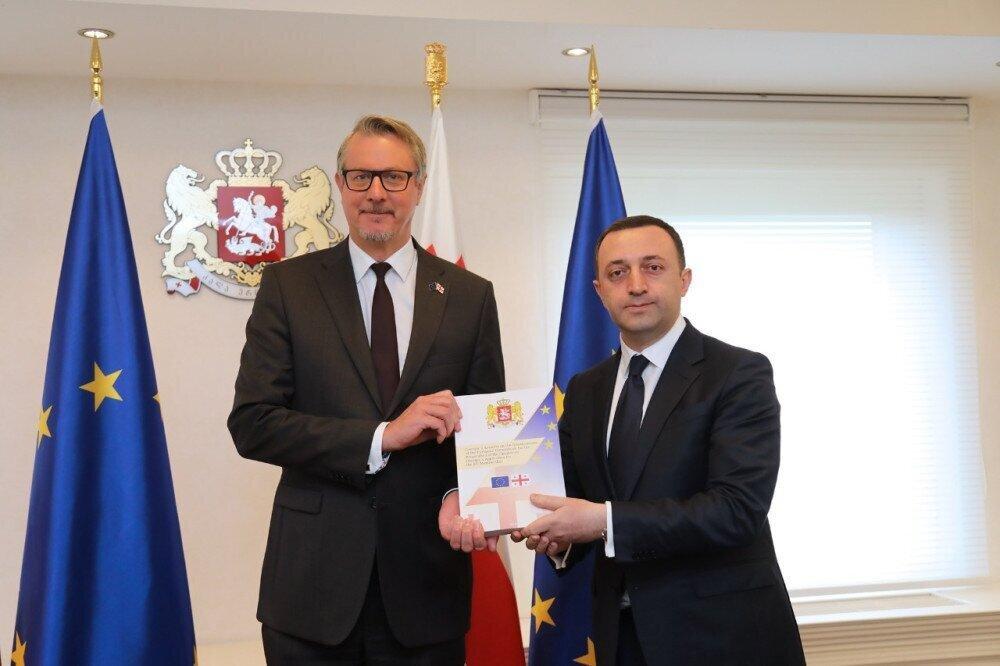 Georgian Prime Minister Irakli Garibashvili Monday handed over the EU questionnaire’s completed part one to the EU Ambassador to Georgia Carl Hartzell at the Government Administration.

“I am honoured to submit to you our answers to the European Commission’s questionnaire, to prepare an opinion on Georgia’s EU membership bid,” the Prime Minister said.

The EU Ambassador wished success to Georgia and emphasized that it is a great honour to be part of this milestone process.

“I would like to express my deep gratitude and underline that it is a great honor to be part of this momentous event and stand by you down this path to your civilizational choice,” Carl Hartzell said.

PM stressed the Government of Georgia, all relevant institutions, continues working intensively on filling the questionnaire’s second, sectoral part comprising 33 chapters and up to 2,300 questions. The Georgian Government wants to submit part two of the questionnaire to the EU earlier than expected, with the institutions poised to spare no effort to that end.

After accepting the completed questionnaire, the European Commission will set out to prepare its assessment, to be subsequently referred to the Council of the European Union, which is expected to make a relevant decision in late June.