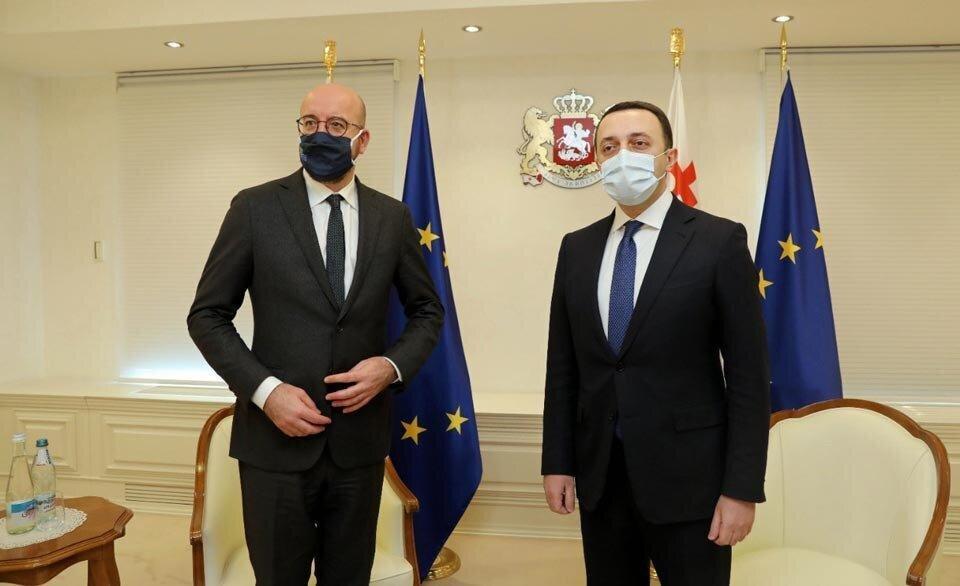 "We made a decision and quit an agreement that was signed unilaterally. In fact, it was well explained by the chairman of the party - for 100 days, we had been practically unilaterally fulfilling obligations, - Prime Minister of Georgia Irakli Gharibashvili told reporters.

He once again thanked European Council President Charles Michel for his efforts and noted that the ruling team is continuing the reforms.

"I would also like to take this opportunity to reiterate our public gratitude to President Michel, a man who has done much to calm down our domestic political situation. We thank everyone who was involved in this process. Nevertheless, you have seen that the National Movement showed a completely irresponsible attitude on the instructions of Saakashvili. In particular, the main actor from the opposition parties today is the National Movement, the total number of other parties in the election results is about 10%. Therefore, the position of the National Movement, as the main opposition party and at the same time the most destructive party, was very important for us. They deliberately did not sign the agreement, ignored it completely, insulted the EU, the United States," Irakli Gharibashvili said.