PM Meets IOC Executive Director During His Visit to Spain 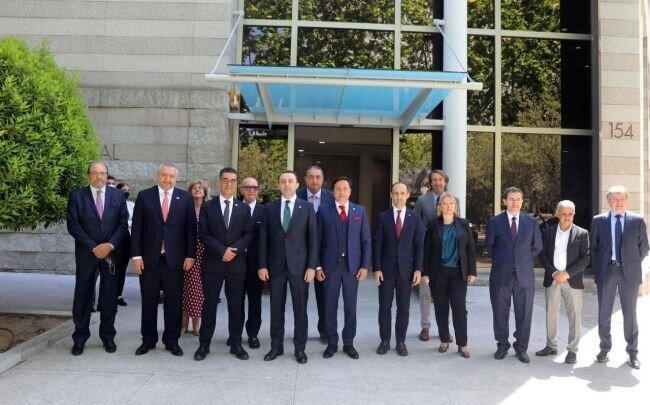 Irakli Garibashvili, Prime Minister of Georgia met Abdellatif Ghedira, Executive Director of the International Olive Council (IOC) today within the scope of his visit to the Kingdom of Spain.

Focus of the meeting was on the achievements made so far in growing olives and producing olive oil in Georgia, along with its prospects for future.

It was noted that olive is a new crop in Georgia, but it has huge potential in terms of production and world-wide export, which is being vigorously promoted.

The Head of Government of Georgia stated that country stands ready to further develop the production of olive oil. With projects of state support and in compliance with the modern market requirements and principles, hundreds of hectares of various perennial crops, including olive orchards, have been planted in Georgia and olive oil is produced locally.

Advancement of cooperation between the member states within the scope of the IOC was highlighted at the meeting to promote a further development of table olives and olive oil production.

Meeting was attended by Giorgi Svanidze, Head of IOC during the Presidency of Georgia.

Georgia has been a member of the IOC since 2019 and chaired the institution during 2020. Mandate was extended for another year and Georgia will be steering the IOC in 2021 as well. Based on a mutual agreement of the IOC members, 114th Session of International Olive Council and 57th Meeting of Advisory Committee will be held in Tbilisi. Thus, Georgia will be hosting the key-note events from 24 through 26th November, 2021.