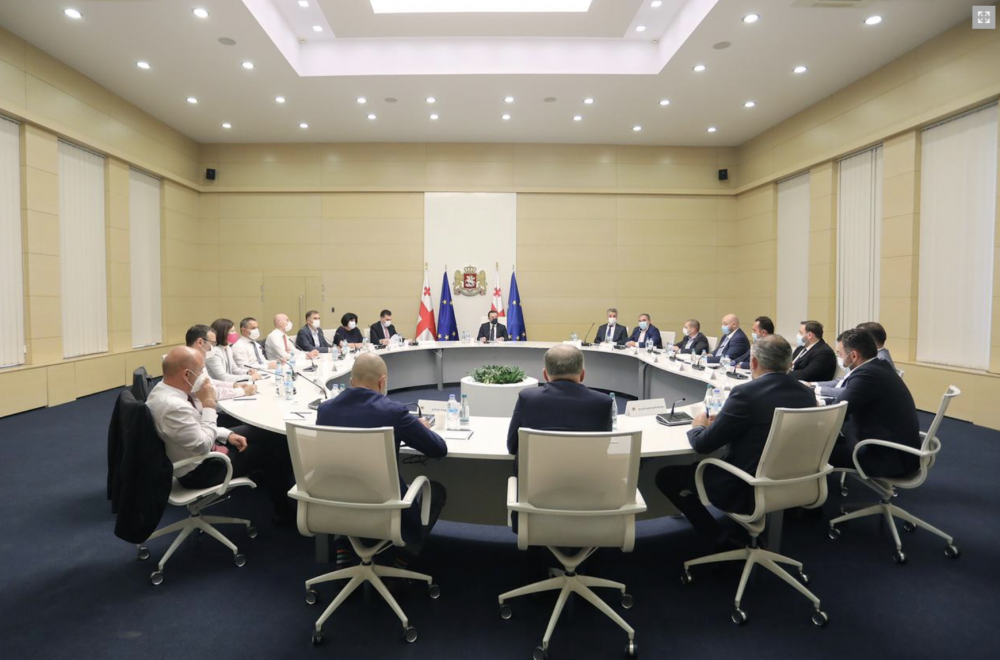 Back
Irakli Garibashvili, Prime Minister of Georgia met members of the Banking Association of Georgia, composed of chief executive officers of commercial banks operating in the country.
Meeting held at the Government Administration was focused on the negative impact of COVID-19 on the economy and financial sector of the country, followed by an overview of the investment environment.
It was noted that positive trends are witnessed in terms of the economic recovery of Georgia. Namely, economic growth reached 25% in May of the current year, which adjusted the projections for 2021 upwards. According to the forecast made by the Government of Georgia, annual economic growth will reach 7.7% in 2021, while the Nominal Gross Domestic Product (GDP) will end up being 57.2 billion GEL.
Focus was made on the 10-Year Country Development Plan, which is being developed with an engagement of businesses, NGO sector, foreign partners and donor agencies at the initiative of Irakli Garibashvili. The Head of Government of Georgia requested the Banking Association to get actively engaged in perfecting the long-term vision, which will facilitate maximum incorporation of priorities pursued by the financial sector of the country in the referred document.

Irakli Garibashvili noted that one of the key priorities of the Government of Georgia is to advance the national economy. Representatives of commercial banks spoke about their vision on economic stimulation and discussed issues perceived as crucial in the financial sector.