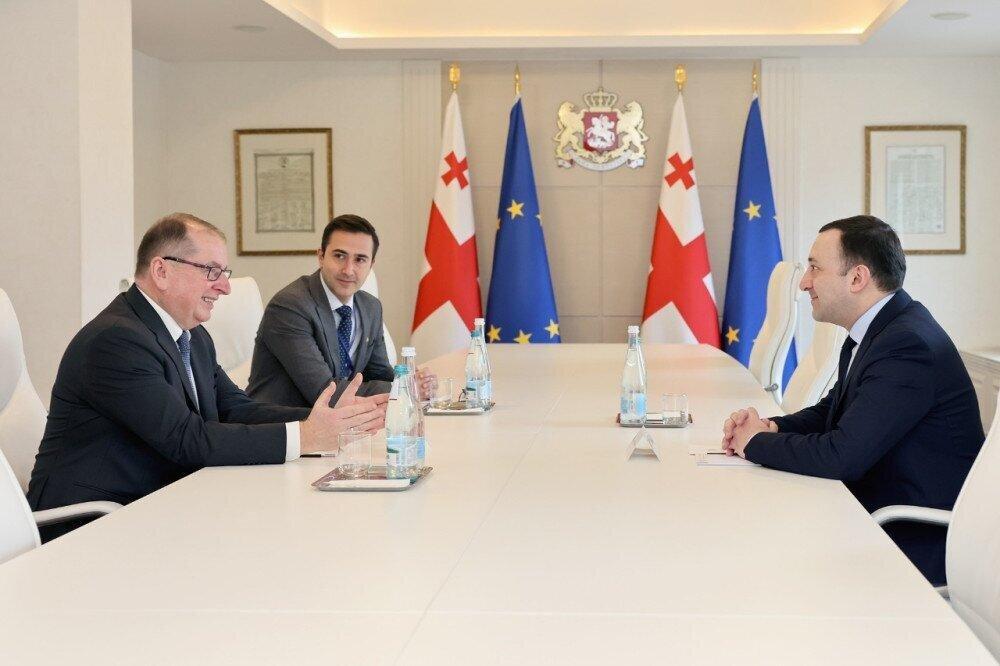 The conversation at the farewell meeting encompassed the work of the EUMM. The Head of Government thanked Marek Szczygieł for the mission’s effective performance and implemented activities. It was noted that the EUMM works toward preventing the escalation of the situation along the occupation line and buttresses security on the ground.

It was underlined that the EUMM is the only international mission on the ground vested with a monitoring mandate.

It was noted that, along with other valuable EU instruments, the presence of the Monitoring Mission in Georgia clearly illustrates the important role of the EU in the cause of dealing with the consequences of the 2008 Russo-Georgian War and peaceful conflict resolution.

The meeting at the Government Administration was attended by EUMM Political Adviser George Sand.