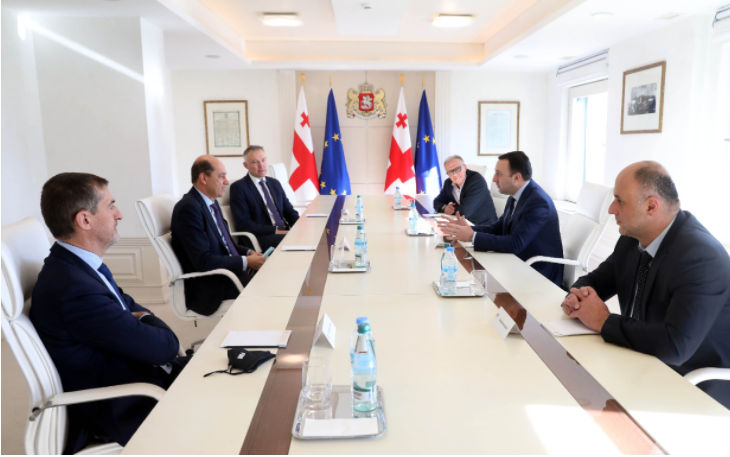 Current situation in the field of basketball was discussed within Georgia, along with the findings of monitoring carried out in the process leading to EuroBasket 2022.

The Head of Government of Georgia and visiting official summarized the achievements made by Georgian basketball players and defined the prospects of future cooperation.

According to the Prime Minister of Georgia, it is gratifying that Giorgi Kartvelishvili, Secretary General of the National Federation of Basketball in Georgia is among the board Members of FIBA Europe. He is a President of FIBA Europe Legal Commission as well.

The Head of Government of Georgia noted that the visit of FIBA management in Tbilisi is yet another evidence of a special attention made on Georgian basketball, thereby manifesting in the high degree of trust.