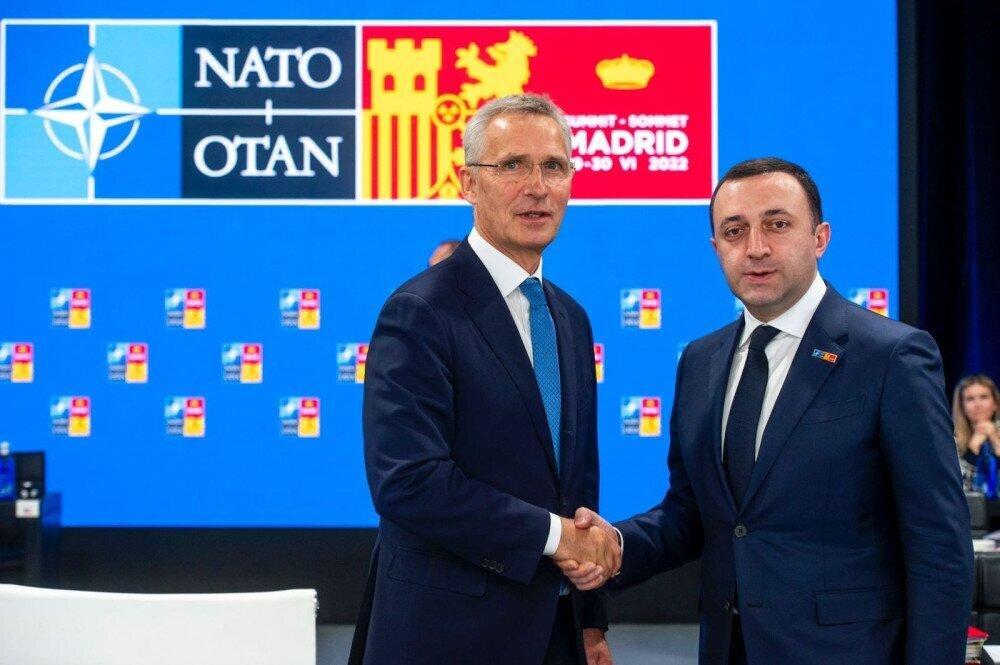 Georgian Prime Minister Irakli Garibashvili, together with the Georgian delegation, took part in the special meeting of the North Atlantic Council within the scope of the NATO Summit in Madrid. Besides the Alliance's member states, the session's participants included the leaders of Finland, Sweden, Australia, New Zealand, Japan, and South Korea, and senior EU officials. The meeting discussed some of the challenges facing the global security architecture and the security environment emerging in the Euro-Atlantic space, with emphasis on the need to further the cooperation among NATO member and partner states in order to join forces toward helping maintain rules-based international order. The meeting also discussed the events unfolding in Ukraine. The importance of assisting Ukraine against the ongoing military aggression was also highlighted.

The Prime Minister of Georgia spoke about the worsening security situation in the Black Sea Region and Georgia's steps in light of these circumstances. The Prime Minister, in his speech, underlined the unprecedentedly high level of practical cooperation between Georgia and NATO over the past few years, also expressing hope that the country's progress in implementing reforms will have a positive impact on Georgia's path toward membership.

Several important documents have been adopted at the Madrid Summit, including the new Strategic Concept of NATO 2030, the Madrid Summit Declaration, and the Tailored Support Document for Georgia. Notably, all three documents contain issues of critical importance to Georgia. In particular, they reaffirm the decision made at the Bucharest Summit on Georgia's eventual NATO membership, also reinforcing NATO's open door policy, Georgia's status as an aspirant country, and the Alliance's unwavering support for Georgia's sovereignty and territorial integrity.

The issue of Georgia is reflected in detail in the new Strategic Concept of NATO, the Alliance's guideline document in the course of the next ten years.

Notably, the Tailored Support Document for Georgia, approved at the summit, sets forth concrete measures for furthering Georgia's defense capabilities and enhancing NATO's effective engagement in this process.