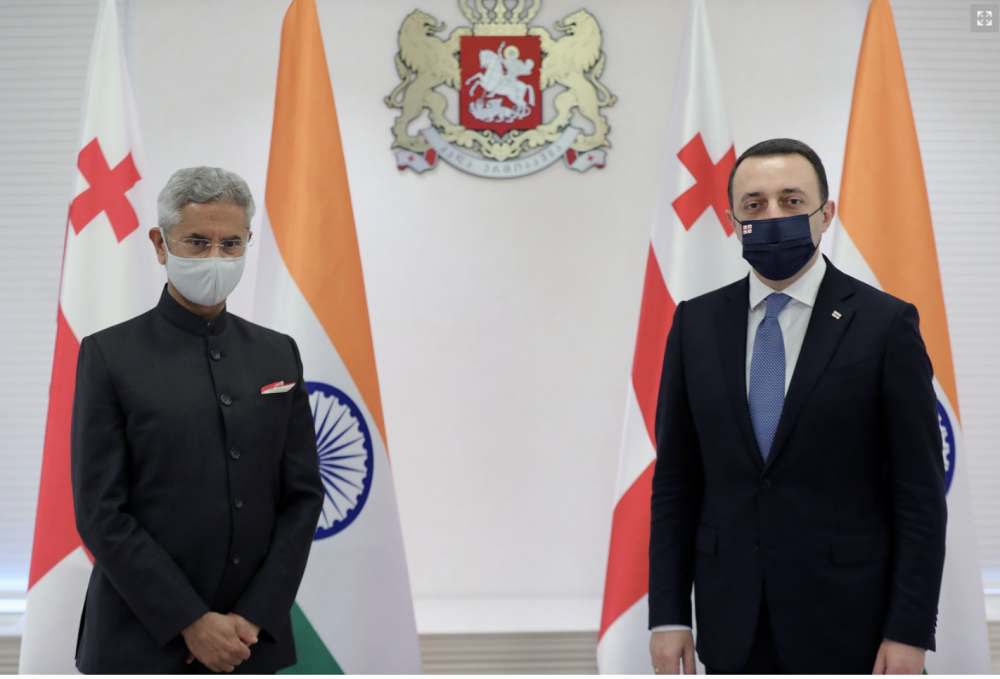 The meeting at the Administration of the Georgian Government emphasized the historic importance of this event marking the first visit of India's Foreign Minister in the history of independent Georgia.
The Head of Government praised the enormous mission accomplished by the Head of India's Foreign Ministry, and thanked the Indian Government for making an epoch-making decision to grant Georgia, free of charge, possession of the holy relics of the Great Martyr Ketevan discovered during excavations at the ruined Church Complex of St. Augustine in Goa, India.
The meeting focused on the relations between Georgia and the Republic of India deepening every year, with emphasis on the productive cooperation within the frameworks of various international organizations.

Special attention was paid to prospects of stronger trade and economic ties and the importance of making full use of the potential in this area. The parties pointed out that signing an FTA between the two countries will be a huge leap toward that end, also agreeing to hold the first round of talks, previously put off due to the pandemic, in the nearest possible future.

The Prime Minister of Georgia thanked the Government of the Republic of India for its strong support of Georgia's sovereignty and territorial integrity.

After the meeting, the Prime Minister of Georgia and the Foreign Minister of the Republic of India made joint statements for the press.
India Government of Georgia Irakli Gharibashvili Great Martyr Ketevan