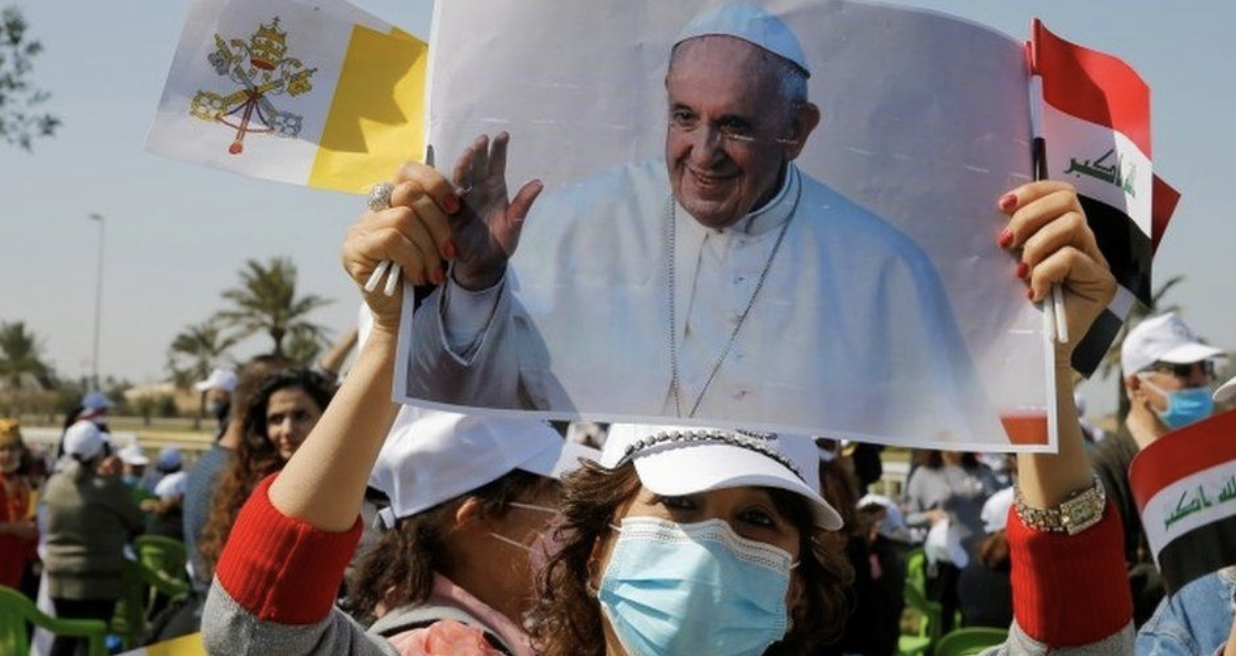 Back
Pope Francis has arrived in Iraq for the first ever papal visit there, and his first international trip since the start of the coronavirus pandemic.
Covid and security fears have made this his riskiest visit yet, but the 84-year-old insisted he was "duty bound".
He will try to reassure the dwindling Christian community and foster inter-religious dialogue - meeting Iraq's most revered Shia Muslim cleric.
The Pope will also celebrate Mass at a stadium in Irbil in the north.
About 10,000 Iraqi Security Forces personnel are being deployed to protect the Pope, while round-the-clock curfews are also being imposed to limit the spread of Covid.
On the plane to Iraq, the Pope said he was happy to be travelling again, adding: "This is an emblematic trip and it is a duty towards a land that has been martyred for so many years."
He had earlier said Iraqi Christians could not be "let down for a second time", after Pope John Paul II cancelled plans for a trip in 1999 when talks with then-President Saddam Hussein's government broke down.
In the two decades since then, one of the world's oldest Christian communities has seen its numbers plummet from 1.4 million to about 250,000, less than 1% of the population.
Many have fled abroad to escape the violence that has plagued the country since the US-led invasion in 2003 that ousted Saddam.
Tens of thousands were also displaced when Islamic State (IS) militants overran northern Iraq in 2014, destroying their historic churches, seizing their property, and giving them the choice to pay a tax, convert, leave or face death.
Source:  BBC
Pope Francis