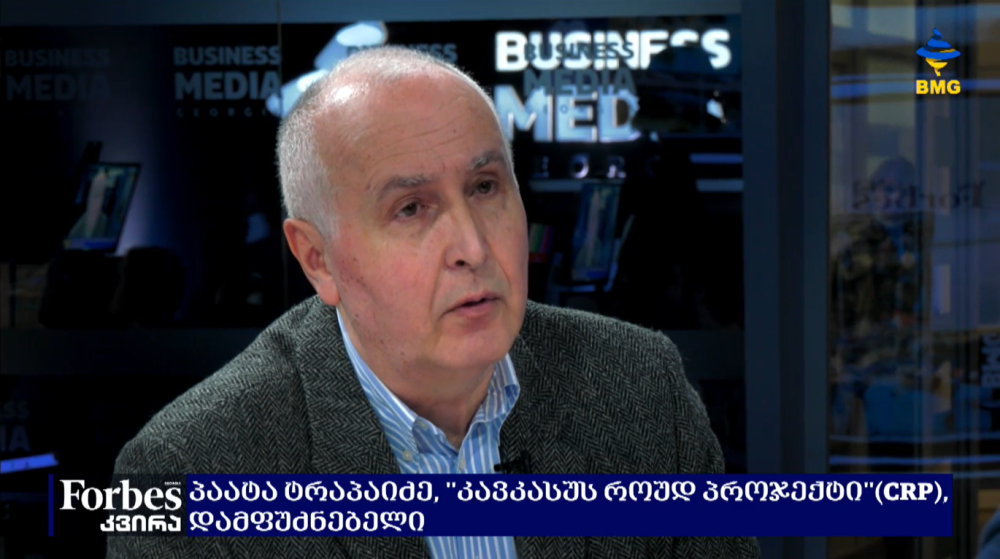 Paata Trapaidze, the founder of Caucasus Road Project (CRP), talks about the changed situation in transit corridors due to the Russia-Ukraine War and notes that Russia's transit function will be reduced to zero after the war, which will definitely increase the demand for Georgia's transit corridor. Accordingly, the country should accelerate the work on strengthening the infrastructure, and resume the construction of Anaklia Port.

"No matter how the war ends, Russia's transit function is zero. An iron curtain is drawn over Russia today. The cargo turnover between Europe and China is 200 million tons.

God forces us to use this opportunity. Russia is closed, southern Iran and Afghanistan in transit is unimaginable.

Only this narrow Caucasian corridor remains. I think cargo turnover in Georgia will increase. I would definitely restore the construction of Anaklia Port and modernize our railway.

I would meet Azerbaijan, which has a great function, because the Caspian Sea is the weakest section, because the number of ships is not enough. The government must be as active as we were in 1996 when we have worked on the TRASECA project.

Two days ago, I was coming from West Georgia, lots of trailers were coming from Kazakhstan and Uzbekistan. We now have a huge opportunity. From the direction of Central Asia.

Poti Port will not be able to withstand the traffic.

The high pace of highway construction is needed. During the time of the previous Prime Minister, Kvirikashvili, the goal was to complete the highway in 2020, and at this pace we would not be able to finish construction in 2024. This is exactly the working group that should sit here in order to finish the Rikoti section as soon as possible, which is a weak point,” said Paata Trapaidze.