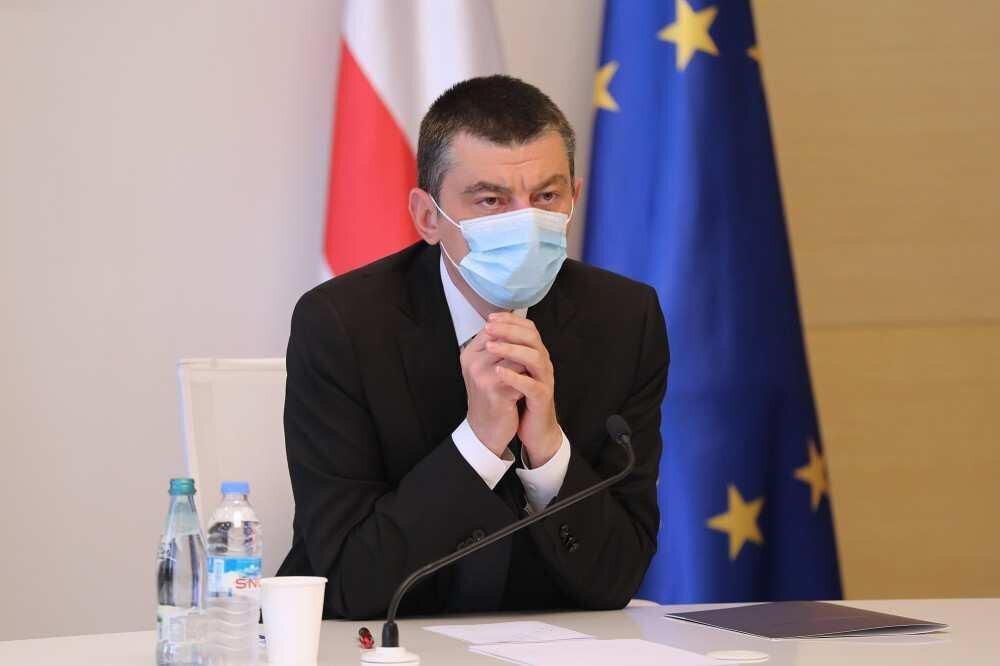 Back
"Yesterday, we saw the radical opposition calling for disobedience, attempting to storm the CEC building and insulting the police and doctors - the people on which the country stands today," Georgian Prime Minister Giorgi Gakharia stated at the Intergovernmental Council session.
As the government informed BMG, Giorgi Gakharia responded to the events that took place yesterday with the Central Election Commission and noted that there was a direct call for the destruction of state institutions, to which the state's reaction should be legitimate and strict.
"In recent months, all of us who are here with our community have been battling pandemics, economic crises, and war in the region. We are trying to increase the degree of further democratization of the process. On October 31, in the conditions of a pandemic, during the time of health risks, Georgia citizens stood up, went to the polls, and voted. It came together in such a way that it was one of the highest turnout rates in the world during the global pandemic and higher than the 2016 election turnout. To top it all off, this number of citizens came, voted, and stated that they are giving a mandate to 9 parties to get these people into parliament.
We are wise people, and we all understand that Georgia's citizens instructed us all, even those 9 parties, to look after the country and take care of the country. First of all, to take care of the pandemic, the economic crisis, and do it all in a way that does not stop the country's further democratization. It was an assignment. What did we see yesterday? We saw yesterday the call of the radical part of the opposition, disengaged from all responsibilities to disobedience; Attempting to storm the Central Election Commission and, most importantly, insulting police officers and doctors - the people that the country depends on today in terms of fighting crises in various directions. In fact, it was a direct call for the destruction of state institutions. This is not just a task of the law enforcement system, and we must all unequivocally understand that the reaction of the state must be legitimate and strict," said the Prime Minister.
According to Giorgi Gakharia, any violation of the law, violence, and incitement to violence, everything that happened yesterday, needs a legal analysis, and no compromise should be made. He states that every mistake should be responded to in a timely, effective manner.
"We, all together, are in a daily process called saving people's lives. We count beds, ambulance crews in the country and measure where each doctor is assigned. There are even more challenges in the economic dimension. We are trying to deal with all this further to increase the degree of democratization of the country. Of course, in the end, there is no alternative to peace and democracy. All the processes that were attempted to take to the streets yesterday, at our own initiative and our strategic partners' initiative and with their help, must be urgently brought to the legal and political platforms. Negotiations have no alternative, and we have always said this with our strategic partners. We must also remember that this is also a task assigned by our voters, "said Giorgi Gakharia.
Read more on yesterday's events:
1. THOUSANDS RALLY, DEMANDING NEW CEC CHAIR AND ELECTIONS
2. THIS MEANS EXCEEDING POWER – FORMER OMBUDSMAN ON USING WATER CANNONS AGAINST PROTESTERS
3. THE U.S. EMBASSY TBILISI ISSUES A DEMONSTRATION ALERT
4. DO WHAT NEEDS TO BE DONE! – OMBUDSMAN OF GEORGIA TO CEC
5. ACT IN THE BEST INTERESTS OF THE SOCIETY – TI GEORGIA
6. DEPUTY MINISTER OF MIA: ANY VIOLATION OF THE LAW WILL BE IMMEDIATELY FOILED BY THE POLICE
7. PROTEST STOPS TODAY BEFORE THE CEC, RESUMES TOMORROW AT THE PARLIAMENT