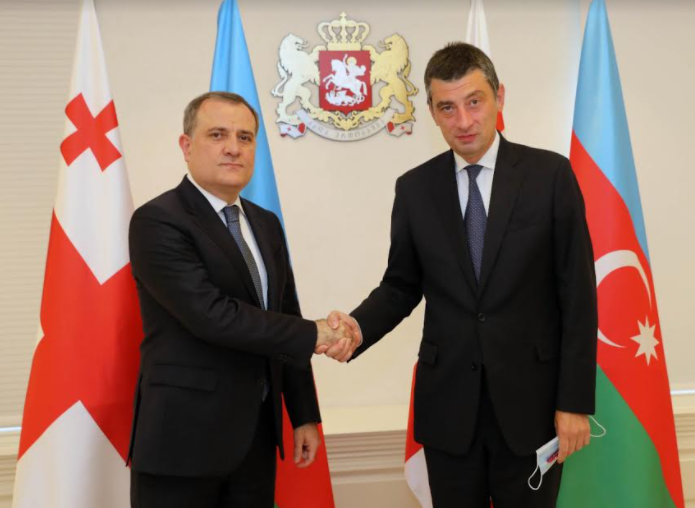 Relations between the two nations and prospects of cooperation were discussed at the meeting. Conversation touched upon the political, trade, economic, energy, education, arts and culture dimensions of collaboration. Dignitaries discussed the current challenges faced by the region. Significance of strategic partnership existing between the two countries has been underlined.

Intensified cooperation of Azerbaijan and Georgia were discussed within various formats. Focus was made on cooperation in trade, economic, transport and energy sectors. It was noted that Azerbaijan is one of the important trade partners of Georgia.

The Prime Minister of Georgia expressed his gratitude to the Foreign Affairs Minister of Azerbaijan for the support demonstrated towards sovereignty and territorial integrity of Georgia. Interest of both countries towards a peaceful resolution of conflicts experienced in the region was noted at the meeting.