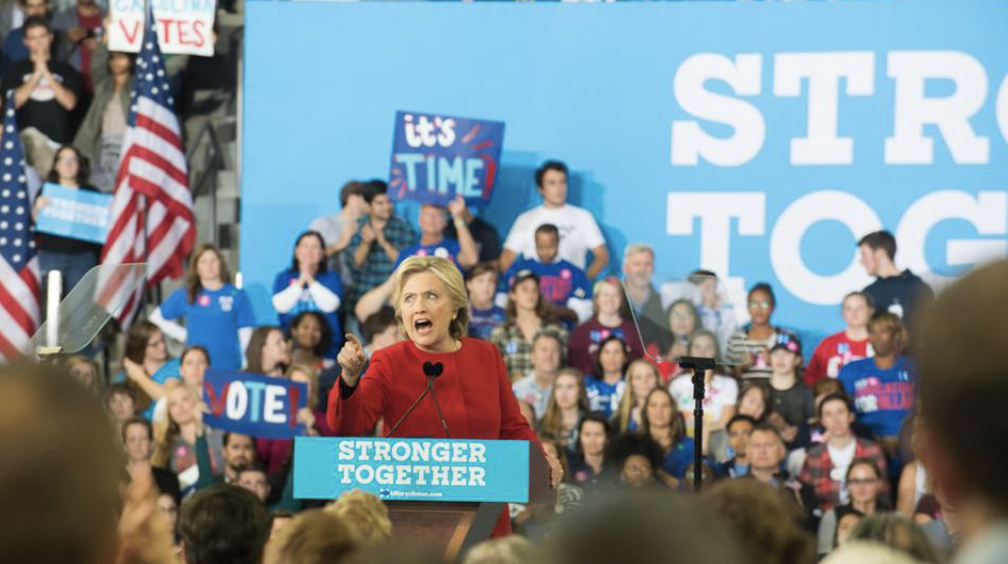 Back
TOPLINE
Federal prosecutors on Wednesday announced charges against Florida resident Douglass Mackey, who, tweeting under the pseudonym “Ricky Vaughn,” allegedly attempted to persuade people they could vote through text and social media.
KEY FACTS

In an unsealed complaint, prosecutors in the Eastern District of New York accused Mackey, 31, of targeting voters – particularly African Americans – with false claims they could “avoid the line” and “vote from home” in the 2016 election by texting or posting a hashtag on social media.
One meme posted by Mackey, who was suspended from Twitter in 2016 along with a number of “alt-right” and white nationalist figures, told people to “Text ‘Hillary’ to 59925,” according to a Buzzfeed article cited in the complaint.
Mackey amassed roughly 58,000 followers and was ranked as the 107th most important influencer on the 2016 election by MIT Media Lab in Feb. 2017, ahead of NBC News, former House Speaker Newt Gingrich and late night comic Stephen Colbert.
The complaint cites several unnamed co-conspirators ”known and unknown,” who, along with Mackey, exchanged and debated election disinformation memes as part of a “coordinated” effort to disenfranchise voters.
Acting U.S. Attorney Seth DuCharme said in a statement that Mackey’s arrest serves as a “notice that those who would subvert the democratic process in this manner cannot rely on the cloak of Internet anonymity to evade responsibility for their crimes.”
Federal public defender Kristy Militello, Mackey’s attorney, declined to comment.
KEY BACKGROUND
Mackey, who is from Vermont, attended Middlebury University and lived in Brooklyn at the time of the election, was first revealed as the person behind “Ricky Vaughn” by a HuffPost article in 2018, which described him as “Trump’s most influential white nationalist troll.”
BIG NUMBER
4,900. That’s the minimum number of unique telephone numbers that allegedly texted “Hillary” to 59925 after Mackey posted the meme, according to iVisionMobile, the owner of the code.
WHAT TO WATCH FOR
Mackey has been charged with conspiracy against rights and faces up to 10 years in prison. He had a brief court appearance on Wednesday and was released on $50,000 bond.
Source: Forbes
Donald Trump US Elections Hillary Clinton