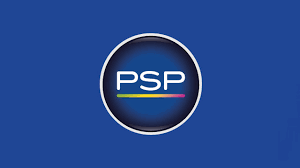 Over the next 2 years, PSP will completely withdraw from its non-core businesses, the company informs.

At this stage, a decision was made to sell 12.39% of the shares (7,001,000 shares) of Georgian Beer Company JSC, owned by PSP. Georgian Beer Company produces beer (also holds a license for producing international beer brands locally) and non-alcohol drinks. The company is well performing not only on local market but also exports bulk share of its production. In addition, PSP is a 20% shareholder of supermarket chain Magnit.

To recap, PSP started its activities in 1994 and its first appearance on the Georgian pharmaceutical market was in distribution. Initially, the distribution company PSP Centre of Introduction was founded, which became the first official distributor of European medicines in Georgia.

The name of the company – PSP – is an abbreviation of the Latin expression ‘Paulatim Summa Petuntur’, which in English means ‘step-by-step to the peak’ and represents the company’s motto.

Later in 2000, PSP established the first enterprise in Georgia of the international standard GM Pharma and started exporting drugs to over ten countries.